With a brand spanking new album, ‘Atomic Generation’, to promote, FM began what they described as a lot of touring with three dates in the UK, before they flew off to Italy to perform in the Frontiers Rock Festival. This wasn’t part of the ‘Atomic Generation’ tour proper, which is a tasty three band bill also including Dare and Toby Jepson, but sadly that tour doesn’t venture into the Midlands, so as far as we’re concerned, the best chance to see the band in early 2018 was the final date of this first stint.

Support for these three dates came from Bilston’s finest, Rebecca Downes, playing an acoustic set backed by Tara Simms and Steve Birkett on guitar. There’s no doubt she has a great voice, and this format allowed it room to breathe and open up, without the need to try and make herself heard over an electric band. It was apt that she covered ‘Piece Of My Heart’, a song forever associated with Janis Joplin, as her voice comes from the same soulful place, although her own material definitely stands up in comparison, especially her single ‘Sailing On A Pool Of Tears’. As well as her obvious vocal talent, she also has a great set of songs and a word, too, for Steve Birkett’s slide guitar, which added a nice touch to the set. Rebecca has her own show at the Slade Rooms in Wolverhampton, on May 18th, and she really is a talent who is well worth hearing.

In interviews prior to the tour, FM had suggested that they might rest a few of their setlist staples and bring some other songs back into the fold, as well as debuting material from the new album, and while it was perhaps a surprise that we only heard two songs from the new record, although if this was a warm up for a festival set, perhaps that was understandable, and it’s likely that there’ll be more included for the tour later in the year. Whatever the reason, ‘Bad Magic’ from the new album was a pretty forceful opener, with the sound in the River Rooms giving the band some real punch.

It looked as if the band were having issues with the onstage sound in the first couple of songs, though, but typically they didn’t miss a beat, and everything appeared to have settled down for ‘Life Is a Highway’. True to their word, and having featured their legendary debut album heavily on the last tour, there was only one track from that album in the first part of the show. It was still full of crowd pleasers, though, a brilliant ‘Let Love Be The Leader’ never fails to hit the spot, and there was a huge cheer when Steve Overland announced ‘Someday (You’ll Come Running)’, even if he confessed that it’s a song he doesn’t like singing as it strains his voice. Not that anyone would notice, as he somehow seems to get better every year, untouched by the passage of time, instead acquiring new depth and warmth every year. 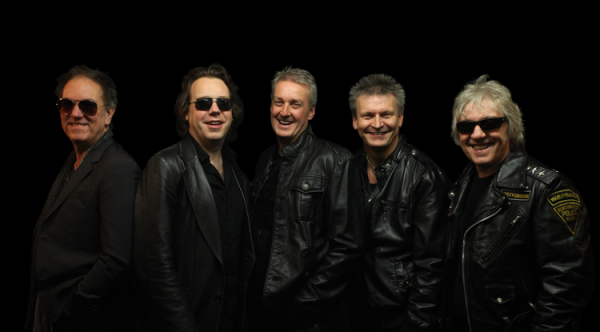 There was a welcome return to the first album the band recorded after they reformed a decade ago, with Jim Kirkpatrick soloing on the instrumental title track, ‘Metropolis’ before a terrific ‘Over You’, another very welcome return to the set, then the band went even further back, and played some from the much underrated ‘Aphrodisiac’ album, perhaps surprisingly including a pair of slower songs, ‘Closer To Heaven’ and ‘Blood and Gasoline’, before cranking it up again for a tremendous ‘All Or Nothing’. Then it was a selection from both ‘Indiscreet’ and ‘Tough It Out’, including rounding off the main set with ’Burning My Heart Down’, always a good excuse for a singalong.

It’s been customary over the last couple of years for the encore to begin with Steve Overland singing ‘The Story of My Life’ accompanied only by Jem Davis on piano, but unusually this became an extended encore as they produced another rarely played song out of the hat, ‘Does It Feel Like Love’, which went down a storm. A final visit to ‘Indiscreet’ for ‘The Other Side of Midnight’, with the crowd only too keen to sing the chorus, and we were done. I’ve always thought FM were one of those extremely rare bands that seem almost genetically incapable of playing a bad show, and tonight was no exception. Still making fine new music, still capable surprising you live, and still the UK’s Greatest Ever Melodic Rock Band. Long may they reign.

Encores:-
1. The Story of My Life
2. Does It Feel Like Love
3. The Other Side Of Midnight