Over the last few years, it’s become a bit of a thing for established bands with new line-ups to re-record old songs. Mostly this has been for bonus CDs, as Kiss, Foreigner and Journey, among others, have done, while others, like Steve Hackett, have publically stated that they want to revisit their back catalogues with the aid of modern recording techniques and technology. Now we have FM, arguably the UK’s greatest melodic rock band, recording a new version of their immaculate debut ‘Indiscreet’, originally released in 1986, and undoubtedly one of the jewels in the crown of British AOR. It’s still a hugely popular album, with several of its songs seemingly fixtures in the band’s shows to this day, and celebrated by the recent tour where they played the whole album. The band say they’ve often been asked about rerecording it, so after an experiment with redoing ‘That Girl’ during sessions for their next studio album, the idea gathered momentum. Frontiers Records came on board, and so here we are, an ‘Indiscreet’ for the 21st century, with the added taster of several bonus tracks. But remembering that Rock Candy Records did an excellent rerelease package of the original album half a dozen years ago, the question has to be asked, how have the band treated this much loved record and how does it stand up in 2016?

Well, from the moment I pressed ‘PLAY’, I was on board. It sounds brilliant. The riff to ‘That Girl’ is much punchier and rockier than the original, and the song almost bursts out of the speakers with an energy and a confidence that almost startles you. How can something so familiar sound so fresh? It’s the same with ‘The Other Side Of Midnight’, where everything feels so much deeper and fuller, and the rhythm section of Pete Jupp and Merv Goldworthy give the song a whole new impetus. The band haven’t messed around much with the original arrangements, there are no new sections or solo passages, just little things like losing the female backing vocal on ‘I Belong To The Night’ or redoing the drum intro to the mighty ballad ‘Frozen Heart’. This light touch is best exemplified by the new version of ‘Love Lies Dying’, with its archetypal 80s AOR opening, Jem Davis doing a good job of updating Didge Digital’s 80s keyboard sound, a superb Neal Schon-esque solo from Jim Kirkpatrick, and a vocal from Steve Overland that, to be frank, is as good as anything he’s ever done and gave me chills. This is good enough to be on ‘Frontiers’ the album, and I can give it no higher praise.

The bonus tracks include some stuff we’ve heard before, like the excellent ‘Let Love Be The Leader’ a single released between ‘Indiscreet’ and its successor, ‘’Tough It Out’, a different edit of ‘Rainbow’s End’ from the ‘Only Foolin’ EP, and ‘Bad That’s Good In You’, from the same EP, which, thanks to some extra keyboard parts, is even better than the original. ‘Running On Empty’ is an outtake from the ‘Heroes and Villains’ album, as is the brooding ‘Love And Hate’, although this track was included on the vinyl release of the album. It’s a much darker and intense song for the band, giving them a whole new dimension and graced by yet another fabulous vocal.

Perhaps of most interest to the casual listener is ‘Shot In The Dark’, originally co written by Steve Overland and Phil Soussan for their old band Wildlife, and subsequently taken to LA and seized on when Soussan joined Ozzy’s band, given a new coat of paint and becoming a huge single hit. It’s a shame that Steve Overland and Wildlife never got the credit they deserve, but FM’s version is a melodic rock joy.

If I have a minor criticism of this release, it’s that the packaging is a little basic. I would have liked a bit of background, particularly how and when the album came to be recorded, the origin of the bonus tracks, that kind of thing. But while it’s always going be a little contentious when a band goes back to a much-loved album like this several years later, in this case I have to say that FM have achieved something of a triumph. Whatever reservations I had were blown away by how good it sounds, how well the band play and just how well these songs stand up in 2016. It’s not a replacement for the original album, it’s a companion, a perfect bridge from how the band sounded in 1986, to how they play these much loved songs today. If you’re an FM fan and you’re in anyway dubious about this project, don’t be. This release exudes class and lets neither you nor the original album down. 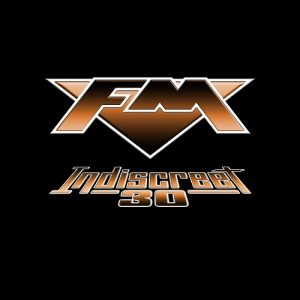