For many outside the folk punk scene Ferocious Dog have been flying under the radar. Their songs of ecological and social injustice are (thankfully) the complete antithesis to the vapidity of modern culture yet latest album The Hope has gatecrashed the national charts while their addition to the annual metal knees-up that is Bloodstock Open Air will only win them more fans and cement their crossover credentials. However, in the best tradition of punk The Hope is a rumbustious call-to-arms that’s delivered with an explosive sound that should be handled with extreme care.

‘Port Isaac’ is the rather disconcerting opener that encases a solitary voice with a stormy sea; it’s an echo from the past yet it foreshadows a coming tempest. A swirling maelstrom of cracking thunder, pounding drums and haunting soundscape it segues nicely into ‘Haul Away Joe’. It’s no surprise that Ferocious Dog’s live shows are famed for their mosh pits; it sounds like that type of music. It’d take a pretty cool customer to remain static during ‘Haul Away Joe’ and its jaunty, infectious beat demands that you get lively. For those yet to make the band’s acquaintance it would make the perfect introduction and perfectly encapsulates their no-holds-barred, take-no-prisoners modus operandi.

For many, folk music concurs images of chunky knit jumpers, impressive beards and real ale but when a band such as Ferocious Dog bring a punk vibe to proceedings a strange metamorphosis occurs. The energy and lyrically realism of the latter when added to the storytelling of the former form an incendiary concoction and that’s best exemplified by ‘Pentrich Rising’. Based upon the 1817 uprising it’s a tale of revolution scuppered by treachery and treason, and while hardly subject matter for an upbeat tune Ferocious Dog effortlessly make it so.

Seasoned musicians all, Ferocious Dog ensure that The Hope ebbs and flows perfectly and when they scream “OK, Let’s Go!” on ‘Victims’ they really mean it but a more sedate middle section adds a brief respite as the band regroup for another attack. Factor in Dan Booth’s fiddle mimicking the riff from Iron Maiden’s ‘Hallowed Be Thy Name’ and music doesn’t get much better than this. There’s nothing quite as exciting as the sound of a band in confident flow and that’s just what you get here as the band deliver a succession of tracks with each trying (and often succeeding) to top that which came before.

Despite their name this sextet are fairly nuanced and just when you think you have the bite on Ferocious Dog they’ll throw a curveball to blow your expectations out the water. For example, if Die Dreigroshenoper had been written today I imagine it would sound a lot like the penultimate ‘She Shepherd’. Another such moment is album closer ‘Will You?’. From the Breaking Glass soundtrack it features Hazel O’Connor (who co-wrote the original) and her voice provides the perfect foil for Ken Bonsall’s oak-aged croak and ensures The Hope concludes on a rather ominous tone. 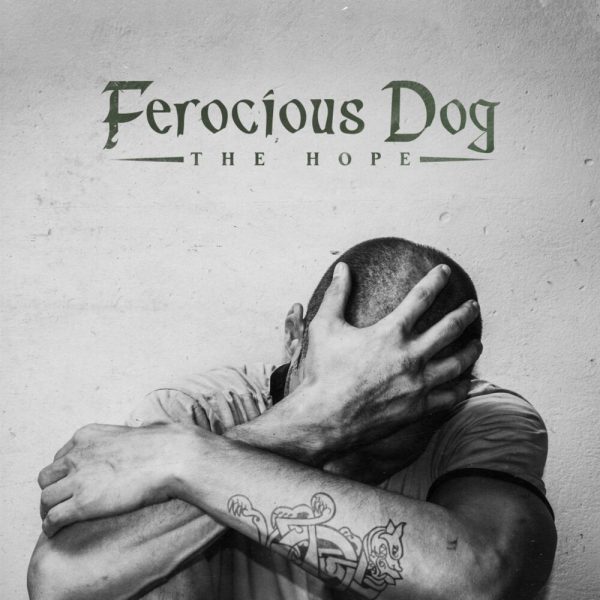