A lingering Motorhead influence was clearly evident on Fastway‘s debut album. A legacy from “Fast” Eddie Clark’s tenure with the band. On All Fired Up (1984), Fastway’s second release, they setup camp on the fertile ground being cultivated by Led Zepellin and others, and shook off the past. It helped that formidable and influential drummer, Jerry (Humble Pie) Shirley was in the band, there’s no doubt his mix of sophistication and rock solid percussive style informed the band’s rough and tumble mix of hard rock and blue eyed soul.

‘Misunderstood’ and ‘Station’ are probably the picks. Sturdy and emphatic material, clearly indicating the band’s new direction of travel.

The album should’ve done more for the band than it did. It had class, it had some great songwriting, but it just didn’t have the cutting commercial edge that you needed to break through, and so the label lost interest. Pity, this was peak Fastway.

You could fill several pages with Wiggy Bits‘ family tree. But it’s ok, we won’t.. worth noting the highpoints though . . . the two most notable members were probably, singer/guitarist, Peppy Castro and drummer Mike Ricciardella. Castro came from The Blues Magoos and later joined Balance, who enjoyed cult acclaim. Ricciardella had come from sixties’ band the Illusion and played with jingle experts, Billy and Bobby Alessi in Barnaby Bye (as did Castro), who recorded two albums for Atlantic.

So Wiggy Bits didn’t lack for experience and talent. Neither did their one and only, self titled album (1976) lack for great songs and performances. ‘Free To Ride The Wind’, ‘Oh Captain’ and ‘Place in The Sun’ are the picks. On these tracks especially, you can hear the band beginning to mix the primary colours of hard rock and AOR together. It was an evolutionary process, an untested chemistry that would coalesce for many band later in that decade, but surprisingly not for Wiggy Bits. Clearly, a band ahead of its time, signposting the way ahead for a whole generation of musicians. The second album would have been the one.

As we would expect, the Rock Candy techs have showcased their remastering mastery (and indeed, mystery) on both of these reissues, despite the fact they were originally recorded a decade apart, and that’s an eternity in terms of recording technology. Good job. 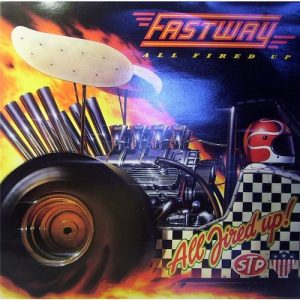 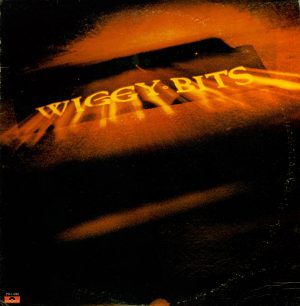