Sludgy riffs. Big fucking drums. Unrelentingly heavy. Three things that spring to mind when the name EyeHateGod is mentioned and nearly fifteen years after their last record was released the band are back. That’s not to say the members have had a quiet time in the interim. Singer Mike Williams formed Arson Anthem and released a book; riff lord Jimmy Bower brought his not-inconsiderable drumming skills to Down and played guitar in Superjoint Ritual; and while Bower was busy elsewhere, the other members, including Williams, formed Outlaw Order. It’s also been a tragic time for the band; drummer and founder member Joey LaCaze passed away in 2013 making this record his last performance committed to tape.

The question is though, after no new material for over a decade have they still got it? Of course they bloody well have. EyeHateGod creaks under the weight of classic sludge riffs and pounding grooves and Williams still has a voice that seems to be heralding the end of the world. Opening with the punky attack of ‘Agitation! Propaganda!’, it’s clear that EyeHateGod still burn with passion for their music and anger at the world and ‘Trying To Crack The Hard Dollar’ heralds the return of the EHG groove. It’s this groove that carries the album and it’s what the band do best, i.e., a slow bludgeoning via the medium of the riff.

The album has plenty of tracks which are sure to become EHG standards in the years to come. ‘Parish Motel Sickness’ opens with a squeal of feedback and morphs into a juddering rhythmic beast and the Sabbath-plundering ‘Worthless Rescue’ stands out one of the best things they’ve ever done. ‘The Age Of Boot Camp’ closes the album in fine style; the riffs are at their most crushing and Williams gives his strongest performance on the album, his voice threatening to tear his throat apart. The band may have been away but they’ve come back with an album that’s as strong as ever. 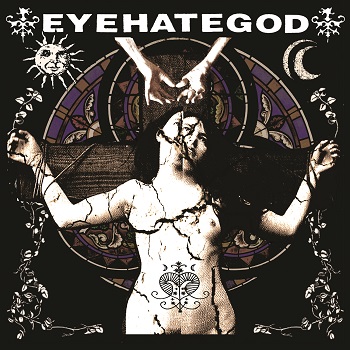