Thrash at its finest…

Exumer’s 2012 album Fire & Damnation (reviewed here) may have appeared 25 years after the previous record but the German thrash veterans were still firmly entrenched in the 80s. Riffs at the speed of light, scathing accusatory vocals tearing all asunder, and inexorable drumming, it was a fine thrash album that received much acclaim, deservedly so. 2016 and Exumer are back with album number four, The Raging Tides, an album that fulfils all that its predecessor promised, the opening title track leaving little room to question this band’s standing as one of the finest of the genre.

A tirade against prison conditions, ‘Brand of Evil’ maintains the pace and the venom and two tracks in and all’s well. But with ‘Catatonic’, Exumer shift it up a notch or two. A proper stomping thrash track, its up-tempo pace, slamming riffs and catchy vocal lines are decorated with some tasty work from drummer Matthias Kassner that propel the track onward in its unremitting groove and a melodic and cutting straight-to-the-point lead break. Then comes the ruthless battery of ‘Sacred Defense’ followed by the incendiary ‘Welcome to Hellfire’ and yes, The Raging Tides looks to be nothing less than a straightforward no-bullshit slab of old-school thrash blasting past at a thousand miles per hour taking down all its foes in one fell swoop.

The second half of the album is more of the same: frantic riffing, manic leads, powerful drumming and caustic vocals packed into tightly focussed tracks that are intense, dense and without remorse. Lyrically touching on “those who leave promising lives to pursue radical ideologies and even death, only to be deceived by those they follow for larger political and personal goals”, ‘Shadow Walker’ marries its mid-tempo thump with the weight of its subject matter. Shifting up the gears “with Satan on our side”, ‘There Will Always Be Blood’ is merciless, as is ‘Dark Reflections’, the half-tempo switch mid-song a masterstroke in dynamics. Closing out with the raging ‘Death Factory’, The Raging Tides is a thrash album par excellence. And despite being an album strong enough without them, the covers of Pentagram’s ‘Forever My Queen’ and Grip Inc.’s ‘Hostage To Heaven’ are a great bonus.

In their charge against human suffering caused in the name of political, religious or personal gain on a global scale, the band is at its most unruly, insubordinate and angry. Though the album’s production is drum-, vocal- and lead guitar-heavy meaning that the riffs are too low in the mix for them to convey their inherent power, it delivers many a severe blow. Barbed with that punk attitude that underpins thrash at its best, there’s little to fault. If it’s diversity of experimentation you’re after, go look elsewhere. If it’s thrash with that fortifying bite that made it that veritable force that’s been with us since the 80s, this is what you’re looking for. 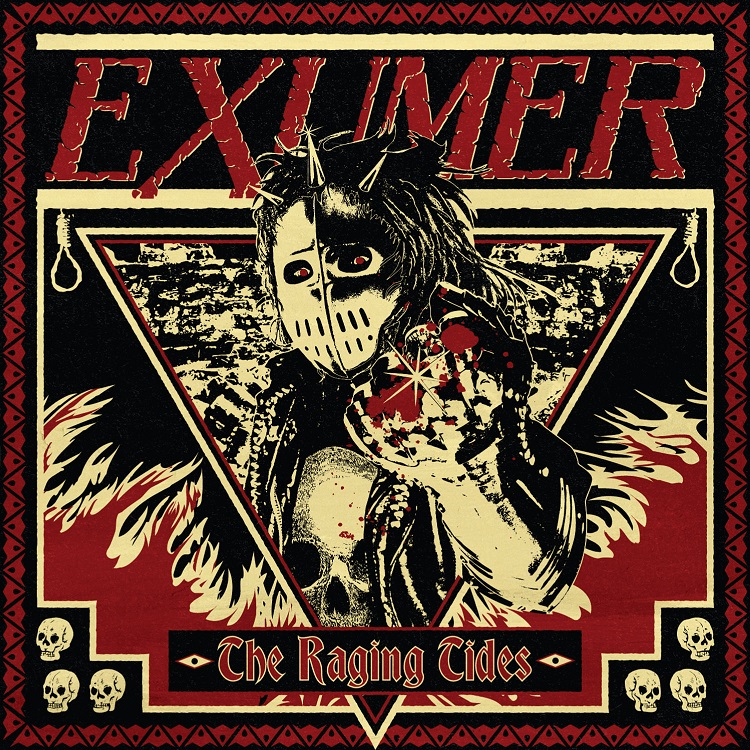