Paul ‘where’s my broomstick’ Castles is hypnotized by the new album from Esben and the Witch, released via Season of Mist Records on 4 November, 2016.

Esben and the Witch have been stirring their bubbling cauldron of ambient aural sounds since 2008 but it’s fair to say that latest album Older Terrors has sent them up the pecking order at their local Black Magic gatherings. The band’s name derives from a Danish fairytale and further endorses their connection with the mythological and the mysterious.

While atmospheric and spooky in a friendly kind of way, Esben and the Witch, thanks to their engaging chanteuse Rachel Davies, have crafted a sublime four-track release, each song stretching out beyond the 10-minute mark.

Esben and the Witch have a warm olde worlde feel that makes you think of exploring historic National Trust properties, you’re never quite sure what lies around the next corner. And so it is with this south coast trio. The album, recorded in their now adopted home of Berlin, begins with ‘Sylvan’. A smoking opener, sultry and melancholic through the early phases before a little more vigour and vitriol is poured into the brew, enough to make the hairs on your broomstick stand to attention. Guitarist Thomas Fisher is almost as integral to the mix as the singer with his emotive and spiraling string work while Daniel Copeman’s understated drumming provides just enough depth and resonance without ever seeking to overshadow his fellow band members. ‘Sylvan’ almost aches at times as Rachel’s tones appear to take on a more distressed dimension with Fisher’s more vivid strumming signaling that subtle shift in direction.

On ‘Marking the Heart of a Serpent’ the Brighton triumvirate are almost lost completely in a subterranean fog, through which you really have to peer to make out the contours of Rachel’s vulnerable tones and the gossamer thin rhythm of both guitars and drums. The final few minutes are little short of a kaleidoscopic maze, in which neither an entry or exit is easy to find, as Esben and the Witch cast more spells than a Hogwarts old boy.

‘The Wolf’s Sun’ has a bit more bite with the riffs of a heavier tone and Rachel’s delicate delivery occasionally giving way to a more fevered and pressing outburst. The drums come more to the fore and a primal mood starts to assert. Final number ‘The Reverist’ again explores fragility and emptiness, the ebbs and flows swaying gently over a softening soundscape, Rachel’s clean vocals as clear as crystal. The middle of the song follows a similar pattern as before, a deepening of the sound as her bass plunges down and the song veers off towards heavy but melancholic doom, climbing upwards towards a crescendo of a finish.

Older Terrors is the band’s fourth full-length album, the first handled by Season of Mist, which in itself is a significant endorsement. The trio have a Euro tour lined up for February although sadly the four UK dates do not include a visit to the Midlands. Maybe next time. 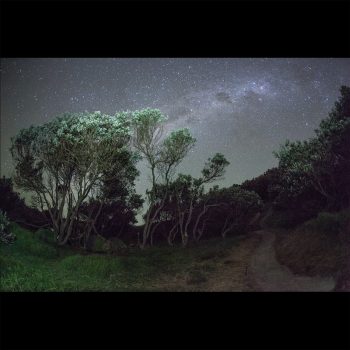