We may have a discussion about hyperbole later but, for now, here are the facts: Finnish blues slide guitarist Lyytinen has been on the scene for seventeen years, releasing a slew of fine albums, including orchestral albums and tributes to Elmore James. However, a painful break up marked a shift towards more autobiographical work, culminating in 2017’s ‘Stolen Hearts’. She was getting noticed, momentum was building.

It was clearly a time of emotional creativity and self-realisation. Of an awareness of change and the importance of moving on. And so we arrive at ‘Another World’ – Lyytinen’s latest album and the one that may well see her break big. It has a new found confidence, an optimism and a sense of fearless exploration. Lyytinen has found her sound and is wielding it with aplomb.

From its opening notes, this sounds assured. The production (courtesy of Chris Bell) is clear and slick, with distinct aromas of pop. The blues rock riff of ‘Snake In The Grass’ is light and funky, the harmony vocals are slinky and the guitar duel with Michael Jackson tour six-stringer Jennifer Batten is thrilling.

And that polished professionalism continues throughout. ‘Cherry Overdrive’ rocks…and also drifts with an airy, gossamer calm – all soft-focus acoustic and Gilmour-esque soaring slide. The title track (See above) is full of space, ambience, and shades of peak Heart. Soft rock with a pop sensibility.

This album reels you in, getting increasingly fascinating and adventurous as it goes. There is a doff of the cap to Santana at one point, a wah-wah laced angular riff suddenly shifting into a double time Latin wig out. ‘Wedding Day’ is a return to full on blues, Lyytinen more than holding her own in the ensuing guitar duel with slide guv’nor Sonny Landreth.

‘Miracle’ a moving examination of the birth of her twins manages to balance that pop/rock/schmaltz tightrope so perfectly executed by Clapton around the time of ‘Journeyman’. Delicate hues of country and Celtic are also thrown into the mix (Lyytinen playing violin on record for the first time) but none of this is overpowering, the album has a light, dream-like cohesion.

Oh yeah – before I forget…hyperbole. The PR blurb for this album spoke in hushed, portentous tones of chameleon-like reinvention. Of Dylan at Newport, of Bowie, Kid A and post-Zeppelin Plant. This isn’t that. This is an artist refining, retooling…a bit. Tweaking what was already good and having faith in herself. In taking a few risks and polishing her sound, Erja Lyytinen has crafted a career best album and one that will, hopefully, find her a larger audience. 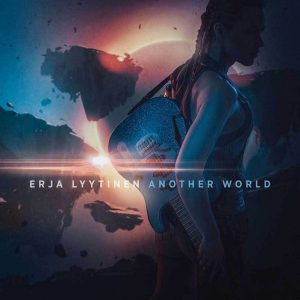