In 2000, Yorkshireman Cliff Jackson and Hannoverian, Bernd Kolbe reconstituted the band they had founded back in 1970. That band, Epitaph, has now released its fourth post-reformation album, Long Ago Tomorrow, one that continues to accelerate them away from their psyche rock/heavy metal seventies’ leanings, and once again proving them a band resistant to definition. With this brand new recording, they sound increasingly comfortable pursuing their core values – craftsmanship, real tunes, storytelling – shaping them into a well etched, imaginatively produced bunch of rock songs that would defy radiocarbon dating.

The band’s sense of Epic is immediately evident in several of their ambitious, elaborate compositions: deploying Flamenco guitar flourishes in among the lurching riffs of ‘Long Ago Tomorrow’, the track; weaving sinister eastern rhythms through ‘Haunted House’s dark currents; and mixing and mingling breezy Philly soul with funky seventies grooves on the 7 minutes plus centrepiece, ‘Lost In America’.

Elsewhere, ‘Standing Like A Rock’ and ‘What A Life’ reflect classic rock moves, strewing familiar guitar riffs and fragments of remembered melody across our path. And there’s an unhurried urbanity of tone to ‘Cross The Border’ and ‘Fallen Dreams’, disguising the hard graft they put into their songwriting – every song has a tale to tell, shining the occasional beam of light on subjects often ignored.

Cliff Jackson’s voice – slender, wiry – now sounds careworn and occasionally strained. Strangely, despite these flaws it is still remarkably assured. Its world weary persona acts like a stamp of authenticity, telling us that these songs, stitched together from a myriad ideas, are still the currency in which they trade. 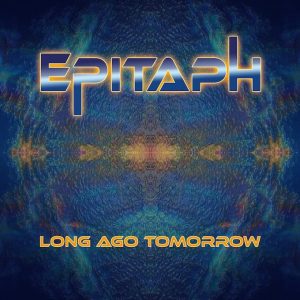