US prog band Enchant are visiting these shores for the first time in a decade as part of a brief European tour in support of their latest album, The Great Divide. As far as I can tell, this was only their fourth ever UK show in the 20 year history of the band, meaning that they’re not that well-known in this country and probably contributing to a pretty sparse crowd in the Robin on the night.

Across Europe the support has been Flower Kings guitarist Hasse Froberg, with his band Musical Companion. You knew you were firmly in the Land of Prog when they opened with the 13-minute ‘Everything Can Change’ which moves through several moods and showed a pretty clear awareness of their audience, before things slowed down with ‘God’s Song’. Then they turned the prog dial back up into the red for the 15-minute ‘Pages’. Musical Companion are an interesting band; a lot of their material is more rooted in ‘Classic’ rock than in what is normally described as Prog, and while there is an occasional hint of a Queen influence, a lot of the rockier sections are very reminiscent of Uriah Heep, were Heep prone to performing 15 minute prog pieces, that is.

The song ‘Genius’ dragged a little, not helped by the extensive band and crew introductions, but the band were able to raise the tempo again, with the heavier ‘Something Worth Dying For’, which included some nicely proggy time changes, before the set ended with ‘In The Warmth Of The Evening’ which sounded very Spock’s Beard-like and ‘Fallen Empire’, which, for some reason, reminded me of a Gary Moore song at times. This was an entertaining 75-minute set, more of a co-headline than support, that seemed to fly by; an indication of how hard the band worked and how listenable the music was, even if you were unfamiliar with some of it, and despite the sparseness of the crowd, the set received a very appreciative response at the end.

Enchant have regrouped after a long absence, but it’s pretty fair to say that whatever live work they’ve done since reconvening has been to the good as there was no sign of rustiness whatsoever when the band began their set after their intro tape. ‘At Death’s Door’ sounded excellent to these ears, and the instrumental break in the second song, ‘Sinking Sand’ was testament to how tight the band were. It was a brilliantly played piece and succeeded in raising the intensity of the set up several notches, although it was during the third song, ‘Hostile World’ when the set really took flight. 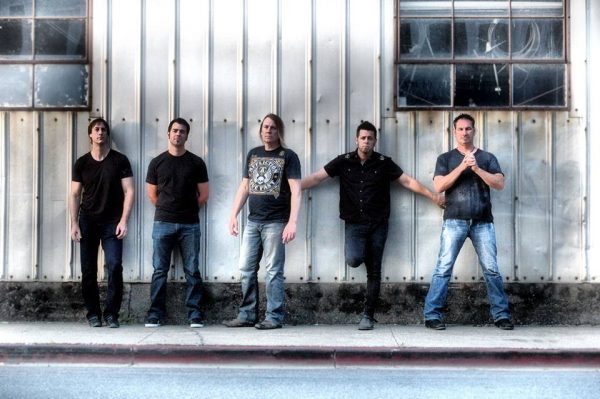 After recording a new album, The Great Divide, in the last year, a decade after the previous one, it was interesting that the band focussed slightly more on their debut, 1993’s ‘A Blueprint For The World’, rather than the newer record. Although the songs from these albums comprised well over half the main set. The title track of the new album was a highlight in the set, with a terrific, cascading riff, and later in the set, when vocalist Ted Leonard took up his Les Paul to play dual guitar with Sean Flanegan, the set took on even more depth and intensity. One thing that perhaps didn’t work quite as well was when Leonard and Flanegan tried harmonies, the lead singer has such a strong and distinctive voice, he couldn’t help but dominate, and the voices didn’t work together nearly as well as the guitar playing. There was also some highly impressive bass work from Ed Platt, fluid but driving the band along.

The band’s usual encore is ‘Oasis’, again from the debut album, but in this case the band played it as a set closer, before being joined by Hasse Froberg and Musical Companion for a blast through Queen’s ‘Fat Bottomed Girls’ which for some reason seemed a slightly odd choice of cover. They performed it with a lot of solos and it was obvious that everyone on stage was a having a whale of a time and spoke a great deal about the camaraderie between the two bands on tour.

All in all a very decent evening’s entertainment, and good value for the ticket price, too, with two bands equally capable of headlining. As Ted Leonard said midway through the show, ‘Hey, those Enchant guys are back, and they don’t suck’.  They certainly don’t.