Los Angeles based metal band Edge Of Paradise were formed by singer/pianist Margarita Monet and guitarist Dave Bates in 2011. Following the edgy classic rock of their independently released debut album Mask, the band embraced symphonic metal and theatrical elements on 2015’s Immortal Waltz before lending an industrial feel to their 2017 EP Alive. The band’s third album, Universe, unifies and amplifies these traits to produce their best work to date: an energetic, modern electro-rock album, that remains true to the band’s roots yet is also accessible and unique.

Opening track ‘Fire’ ignites the album, the ethereal vocal and piano intro giving way to a dual guitar riff and an empowering chorus about following the passion and fire inside of us. The following track ‘Electrify’ is one of my favourites on the album; an edgy modern metal track with unusual melodic twists and a soaring hook line that permeates the consciousness.

The introduction of David Ruiz as a second guitarist has added real firepower to the band and given them a fuller and more aggressive sound on this album whilst Edge Of Paradise’s newest member, Vanya Kapetanovic on bass, has brought a rhythmic, electronic vibe to the songs. However, the band’s ace card remains the astonishing vocals of Margarita Monet – by turns soaring, powerful, haunting, unsettling or soothing – she sings like she means every single word and she has rarely sounded more confident or assured than she does here.

‘Alone’ is another of the standout tracks on the album, a powerful song about finding inner strength which features a tremendous lead vocal from Margarita, and it embodies a welcome thread of positivity that runs throughout Universe. Even songs that arise from personal tragedy such as ‘Face Of Fear’, (dedicated to Margarita’s childhood friend who took his own life), are transformed into lyrics of empowerment and inspiration and a belief that ‘Life is worth fighting for’.

The excellent production by Mike Plotnikoff (Halestorm) and mix by Jacob Hansen (Amaranthe) serves the band well and gives Universe a sleek, commercial sheen.     Nowhere is this more evident than on the genre-mashing title track where the breathless vocals and electronic dance beats of the verses are punctuated by dual guitar riffs and an anthemic chorus.

Edge Of Paradise have worked hard to get to this point. They will shortly be supporting Sonata Arctica on a European tour throughout November and December and their desire to create a strong, distinct visual identity though their videos and artwork is to their credit, as is their willingness to connect with their fans. I enjoyed being part of their universe, maybe you will too. 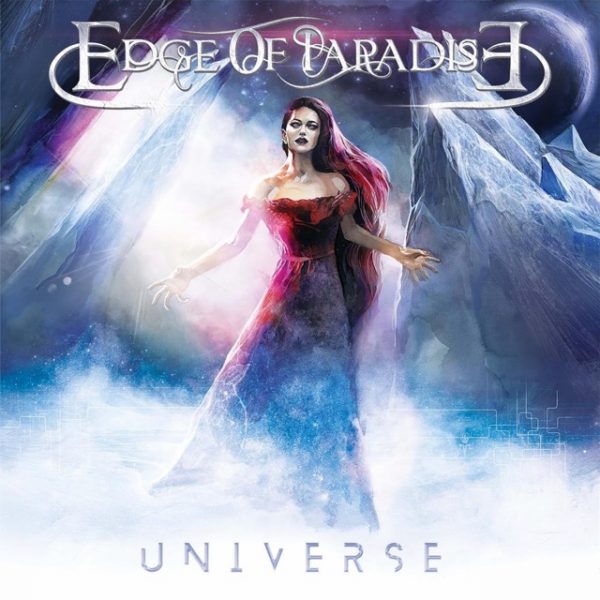