Mention Eddie And The Hot Rods and most people will sing ‘Do Anything You Want To Do’, but over an initial 9 year run between 1976 and 1985 the band released 13 singles, 4 studio and 1 live album and joined the likes of Dr. Feelgood and Kursaal Flyers promoting their brand of Essex based R&B pub rock around the live circuit. Original frontman Barry Masters would reform the band in 1992 and completely transform it in 1996 with a brand-new line-up which continues to this day despite the loss of Masters in 2019. It is that earliest period which is celebrated on this latest Cherry Red compilation and shows why The Hot Rods have always received a great reaction on the live circuit in the UK and across Europe.

Unfortunately, Eddie And The Hot Rods are a band who will never be able to release a “greatest hits” album. Despite the efforts of main songwriter and guitarist Dave Higgs, like their compatriots Dr. Feelgood notwithstanding their live reputation they nearly always felt like a band out of time and the high chart positions constantly eluded them for all bar one small window in their careers. However, that doesn’t really matter as where The Feelgood’s will always have ‘Milk And Alcohol’ The Rods will always be remember for one song, ‘Do Anything You Wanna Do’ which also, like ‘Milk And Alcohol’, reached number 9 in the UK charts, but two years earlier in 1977.

The Singles 1976-1985 brings together all of the single A and B sides issued during those halcyon days for the Canvey Island band including three versions of “that song”. Higgs was always great at writing driving R & B tunes, and he certainly hit the ground running with the pumping harmonica of ‘Writing On The Wall’ and B-side ‘Cruisin’ (In The Lincoln)’. The follow up was a cover of Sam The Sham & The Pharaohs’ number 2 US hit ‘Wooly Bully’ backed by another Higgs pub rock track ‘Horseplay (Weary Of The Schmaltz)’. Although they hold significant historical value in a time when Johnny Mathis, Chicago and Brotherhood of Man were topping the charts, these songs were so out of kilter with the rest of the music world that they made minimal impact. Playing to their strengths, the next step was to release the Live At The Marquee EP featuring three covers of high-octane live favourites ’96 Tears’ (later covered by The Stranglers), ‘Get Out Of Denver’ and a mash-up of ‘Gloria/(I Can’t Get No) Satisfaction’ (‘Gloria’ remains a perennial live highlight for the band) finally finding the band in the top 50, albeit at number 43.

With the release of their first album, the title track ‘Teenage Depression’ and its message mirroring the anxieties of the youngsters at the time which struck a note with a growing punk community, and pushed it even higher in the charts, and with the back up of the fast paced ‘Shake’ as the B-side the band had found a new audience without going all safety pins and pogoing. With second guitarist (ex-Kursaal Flyers Graeme Douglas) on board ‘I Might Be Lying’/’Ignore Them (Always Crashing In The Same Bar)’ takes the The Hot Rods’ speeding closer to the latest punk sound even throwing in a “sh**” for good measure before the At The Speed Of Sounds EP capitalised once more on the growing live audience and includes four tracks from the Teenage Depression album (‘Horseplay’, ‘Double Checkin’ Woman’, ‘All I Need Is Money’, ‘On The Run) alongside a ripping version of the J. Geils Band’s ‘Hard Drivin’ Man’ with the Higgs/Douglas guitar duo totally annihilating the crowd. By 1977 despite the charts still being led by the likes of Leo Sayer, David Soul and The Brotherhood Of Man, ‘God Save The Queen’, ‘Neat, Neat, Neat’ and Iggy Pop’s ‘Lust For Life’ were now informing the record buyers choices, priming a musical landscape ready for The Rods next assault. It is so easy to see why a song like ‘Do Anything You Wanna Do’ became a rally cry for the punk/new wave movement at its peak in ’77 and despite the obvious R & B roots and jangly guitars the chorus is a full-on fists pumping in the air, hands clapping moment… especially within a live setting, where even today the hairs on the backs of the necks of the now 60 year old punks stand up the way their mohican’s did back in the day. The final track on disc one finds Masters and Higgs standing to one side for the band’s collaboration with Robin Tyner of the MC5 who had become a major influence on many of the new generation. The Hot Rods’ energy levels have never really transferred into the studio but ‘Till The Night Is Gone (Let’s Rock)’ and the appropriately titled ‘Flip-Side Rock’ seem even more little low key in comparison to what had come before and failed to chart.

Disc two opens with the US 7” edit of ‘Do Anything You Wanna Do’ a clipped version of the Life On The Line single which failed to have the required effect on the easy listening biased American charts. It’s a bit of a mystery why the real follow up to ‘Do Anything You Want To Do’ didn’t have the same effect on the chart buying public, but the hard rocking and anthemic call to arms that is ‘Quit This Town’ only managed a number 36 position on release, especially as the music press loved it in spite of the bazaar instrumental flip side ‘Distortion May Be Expected (laughbagindub)’ sounding like a jam band playing to an audience of zoo animals. The final single to be pulled from the Life On The Line was the title track with its racing drum beat and equally rhythmic guitar runs it fared even worse than its predecessor despite being backed by a live version of “THE HIT”. By the time of the Thriller album two years later punk had fully morphed into new wave and the success Blondie, Elvis Costello and Tubeway Army shaped the direction of its first single ‘Media Messiahs’/Horror Through Straightness’ but even when the band returned to the battle cry bar room rock on the second Thriller‘s single ‘Power And The Glory’ they failed to make the charts.

With the chance of a new start after moving to to EMI, ‘At Night’ really didn’t capture the rebellious attitude of the bands previous efforts and even paired with their best Damned impersonation on a cover of The Young Rascals hit ‘You Better Run’ and the upbeat ‘Looking Round’ the cards were stacked against them. The writing was well and truly on the wall by the time of the Fish ‘N’ Chips album and the accompanying singles ‘Wide Eyed Kid’ and the sadly appalling Taj Mahal cover ‘Farther On Down The Road (You Will Accompany Me)’ which preceded the first dissolution of Eddie And The Hot Rods. However The Hot Rods would return for one last crack at the 1980’s charts but with little impact when Masters and Nicols led a new line-up for one single ‘Fought For You’/’Hey, Tonight’ and the One Story Town live album in 1985 finding the band even further out of time.

And that as they say is the end of our story, but would not be the last that the world would hear of The Hot Rods. In 1992 the classic line-up returned for a European tour, however by the time of 1996’s Gasoline Days studio album Higgs had moved on and Mark Rogers was in the guitarists place. This was just one of a number of personnel changes as the band continued to tour on and off over the next 20 years before finally returning to the recording studio in 2005 for the aptly titled Better Late Than Never. At the time of his death shortly after the ‘Do Anything You Wanna Do’ celebration gig at the O2 Academy in Islington in April 2019 (he passed away in October that year) Masters was already planning on retiring due to his poor health. Dave Higgs died in 2013 and Lew Lewis followed in 2021. The current line-up continues to tour with former bass player Ian “Dipster” Dean on vocals and plan to issue a new album Guardians Of The Legacy on the 3rd anniversary of Masters death. I guess that proves that you really can “Do Anything You Wanna Do”. 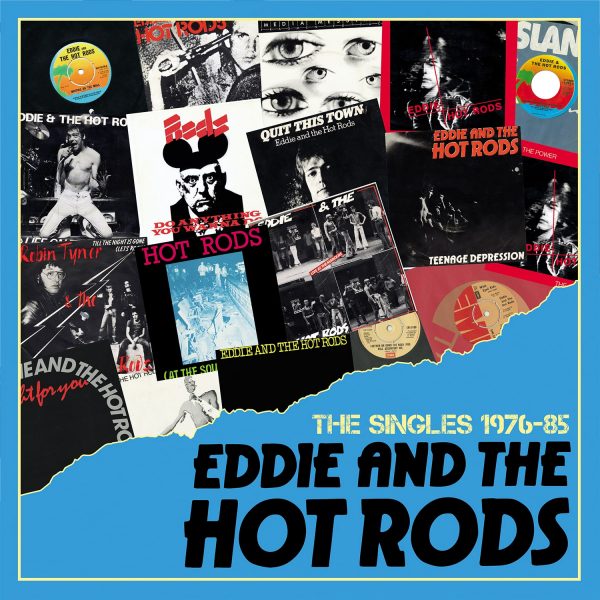