There has always been something that little bit special about Eclipse, even with some lineup changes the band has always been made up of some top musicians. And with Erik Martensson they have one of the most talented songwriter/guitarist/vocalist/producers in Melodic Rock/Metal and all of his talents are to the fore on this release.

With Monumentum, the bands sixth studio album, we get another 11 powerful tracks.  There’s always going to be rocking anthems with Eclipse, it’s just what they do – and they do it so well. Following albums like Scream And Bleed and Armageddonize is no easy task, nor is progressing as a band, but they manage to push a little bit further with each release. In recent years these Swedish marvels have managed to forge an increasingly strong reputation as not only one of the best live acts in Melodic Rock, but also one for creating top grade albums.

This album grabs you immediately as it launches out of the gate. ‘Vertigo’ explodes with a punchy, bouncing riff from Magnus and high energy vocals from Erik. There is the excellent guitar work throughout from Magnus and Erik, especially on ‘The Downfall Of Eden’ which is just stunning and another one that gets you moving, which is the order of the day here. The Eclipse mantra is to create high energy, high impact songs that give the audience every opportunity to get a good workout in a live arena, dancing like a lunatic and fist pumping high in the air.

The majority of the tracks are full on rockers. , like ‘Never Look Back’, ‘Born To Lead’ and ‘No Way Back’ add in the more moody ‘Black Rain’ that still fits in perfectly. The music all the way through is in perfect harmony with the feel of the album, and each instrument sounds in balance with the next, nothing overpowering in the mix, nothing out of place. But not everything is screaming solos and punchy riffs. ‘Hurt’ is a terrific slower track, beautifully put together, it sees controlled and emotive vocals from Erik.

As time goes on and they keep getting better, it gets more difficult to find fault with the band. Should you ever feel down or just need a pick up, put on an Eclipse album and let the world’s worries pass you buy, raise your fist in the air and sing along to these songs. Uplifting music made by people that want their audience to have exactly what they would want to see themselves from a band, which is great to see.

Monumentum is yet another example of excellent Swedish Melodic Rock, if there is any justice out there this will be a very successful release for Eclipse, the band hit the UK in April for 5 dates. Go see them if you have a chance, they do not disappoint live – they excel. This album is going to be on rotation here for a long time and is already added to the Top 20 list. 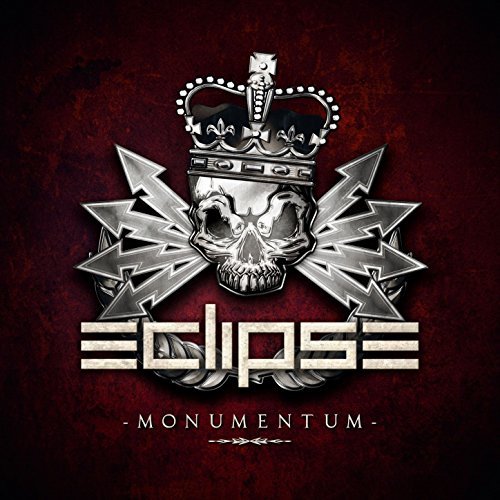