Hailing from the Windy City that spawned the likes of Pentagram and Trouble, Earthen Grave rose up from the soil in 2008 with bass player Ron Holzner a former Trouble-shooter. They released the acclaimed Dismal Times a year later and much of that EP is remastered here along with some additional material. Earthen Grave’s self-titled début release has a warmth and sincerity running through its heart that draws you in right from the off.

First and foremost the songs, which include two covers, are dreamy and delightful with harmonies and hooks punching through the haze at every turn. Although the spooky church bell clanging intro is classic doom territory it quickly becomes clear that Earthen Grave have much more to their armoury than that, with the crawling opening track ‘Earthen Grave’ igniting with a vibrant chorus. While there is a purity about their sound, Earthen Grave have power too, ‘Dismal Times’ opening with a pumping heartbeat and hungry thumping riff that never relents throughout the track. There’s certainly a 70s buzz to this album and with some of the guys just about old enough to remember Sabbath first time around that’s neither a surprise or a disappointment. Checking out a couple of live reviews across the pond it was certainly no surprise to see them perform the occasional Sabbath number on stage. ‘Tilted World’ is a great thundering beast that rolls along effortlessly under Weiner’s bold vocals with just a brief pause midway through for Rachel to leave her own stamp on the song. ‘Beneath The Shovel Load’ features an almost Metallica influenced intro, building from a stark guitar solo into something bursting with purpose and passion while ‘Fall In’ has a classic 80s style war-chant bouncing off a strident surging rhythm.

An essential difference with Earthen Grave is the pure vocals of Mark Weiner with pretty much every syllable as clean as a whistle such as on the throbbing cover of the Witchfinder General classic ‘Burning A Sinner’. When Weiner cries ‘burn her to the ground’ you can almost taste the wisps of suffocating smoke in the back of your throat. The other distinct element that Earthen Grave bring to the table of doom is the entrancing beautiful playing of virtuoso violinist Rachel Barton Pine. The instrument that the talented flame-haired musician has mastered so well is known as a viper, some kind of electric relation to the violin. Well, this is a viper that has a deadly sting in its tail. On the absolutely poetic ‘Blood Drunk’ it is Rachel’s silky skills that take a wonderful track to another level as she coaxes harmonies from her instrument that would silence a baying pack of hungry wolves.

Violins and doom acts are of course often a happy marriage, as My Dying Bride have shown successfully for many years. Nevertheless, you sense that the five men in Earthen Grave are happy to allow Rachel to take centre stage channelling her gift into a direction not always taken by classical musicians. While Ron Holzner’s bass playing took on legendary status with Trouble, that could yet be eclipsed by what he, and his five fellow band members, achieve with Earthen Grave. The Chicago crew may have fallen loosely under some kind of dark coat of doom but they’re much more diverse than to simply be cheaply filed into that particular metal sub-genre. 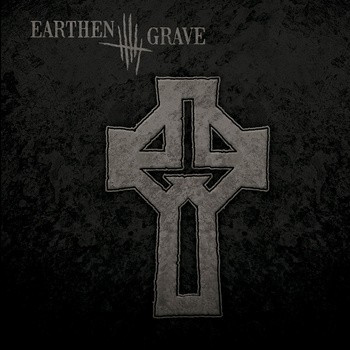