With the recent release of the band’s 15th studio album to critical and fan acclaim, Dream Theater are releasing another music video from A View From The Top Of The World. The video for “Awaken The Master” is a frenetic, high-definition CGI marvel from long-time collaborator Wayne Joyner. Continuing to challenge themselves as musicians, “Awaken The Master” marks the first recorded use of an eight-string guitar by John Petrucci. The track was the last one recorded for the album and clocks in at an impressive 9:47 – making it the 3rd longest song on A View From The Top Of The World.

“It’s the last song we wrote. It’s also the first time I’ve used my eight-string guitar, which was fun for me. Back in the day when we were writing Awake, I’d always wanted to play a seven-string. So, I ordered myself one. I wanted to be inspired again by the instrument without any pre-conception. I used it, and I wrote in my style on the eight-string. It was actually a prototype! ‘Awaken The Master’ purposefully starts with guitar only. John Myung wrote the lyrics. Recently, I heard him say, ‘The master was your heart’. He was referring to awakening your heart. It’s one of the heavier songs on the record due to the range of the instrument,” explains John Petrucci.

Dream Theater’s A View From The Top Of The World was released to worldwide acclaim on October 22nd. The album shot to #1 on the iTunes Store Top Albums Metal chart, #1 on the Top Rock Albums and even reached #4 on All Genres iTunes Top Albums on release day. The new release hit #2 on the Amazon Best Sellers in Rock (CD format) only to be topped by The Beatles reissue of Let It Be. The band recently released an in-depth, 3-part docuseries hosted by ProgReport’s Roie Avin about the making of A View From The Top Of The World. Click through to watch Part 1, Part 2, and Part 3. Fans can also watch an animated video for album opener “The Alien” as well as a video for the first official single “Invisible Monster”. The album is available everywhere music is sold/streamed and can also be ordered here.

Dream Theater have confirmed a European tour for spring 2022. Special guests are still to be announced. The UK leg includes three arena shows in April:

Tickets are on sale now from box offices and online here. More information and tickets for all upcoming shows as well as VIP packages can be found at www.dreamtheater.net. 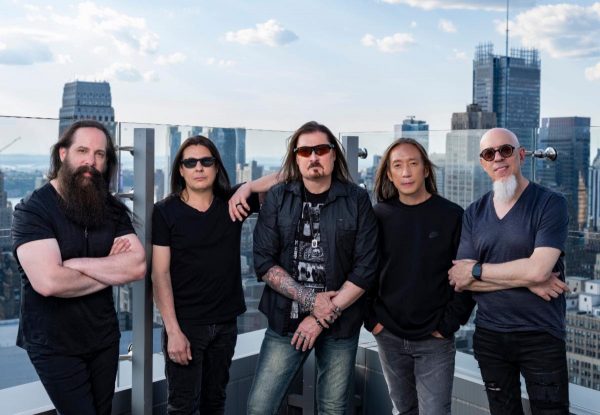