Dream Theater’s tour in support of their last record, the double concept album, The Astonishing, didn’t venture outside London, at least as far as the UK was concerned, but now we have a series of dates to celebrate the 25th Anniversary of the band’s hugely influential breakthrough album, Images And Words, where the band would playing the whole album, plus a collection of what were called fan favourites.

As the gig began, a couple of things struck me almost straight away. Firstly that the band had not taken a big production on the road. It’s a big stage at Symphony Hall, and there wasn’t a lot on stage apart from Mike Mangini’s seemingly ever expanding drum kit. There was a riser for Jordan Rudess’ keys, John Petrucci’s backline, pedal boards, and that was it. There were no video screens or backdrops to be seen, and even the mic stands and pedal boards were set up several feet away from the edge of the stage. As the lights went down, it was also obvious that the hall wasn’t sold out, with empty seats in both the stalls and parts of the circles. There had been a few eyebrows raised at the cost of some of the tickets, and that, coupled with the gig being immediately after the Bank Holiday may have played a part in this.

General observations aside, the house lights dimmed slightly before the advertised start time of 8 o’clock for the intro tape of ‘The Colonel’, a threateningly atmospheric orchestral piece written for a Disney trailer by the film soundtrack composing team Two Steps From Hell, and the band made their entrance, led by John Petrucci, who began to play the intro to ‘The Dark Eternal Night’, It was a good choice as an opener, although the vocals of James LaBrie sounded slightly distorted at first, but in no time the sound settled, and for the rest of the gig was little short of magnificent. The opening half of the show was the ‘fan favourites’ part, although there were several surprises for those who’d avoided spoilers. There was a slight bias in favour of more recent albums, including two tracks from ‘The Astonishing’ which was the only album to have more than one track played. Either way, highlights were many. If the choice of the instrumental ‘Hell’s Kitchen’, from ‘Falling Into Infinity’ was a surprise, that was overcome by how brilliantly it was played.

In the early part of the set, it felt like there was a little lack of atmosphere, and I don’t think the gap between band and audience helped, although they did their best to try and bridge it. Even Jordan Rudess used a portable keyboard to venture past the mic stands, and James LaBrie was keen to mention Birmingham’s status as ‘The Home of Metal’, although we’ll pass over his rueful smile and  remarks addressed to the mic stand when he dropped the mike itself during ‘The Gift of Music’. He also mentioned that it was Mike Mangini’s birthday, who acknowledged both parts of the speech with a quick burst of the drum part from Zeppelin’s ‘The Crunge’. There was also a short solo from bassist John Myung, who has never been one to seek the spotlight, but here he paid tribute to one of his major influences by covering Jaco Pastorius’ ‘Tracy’s Song’, which on a technical level at least was astonishing. Sometimes things like that can break up the rhythm of a set, but any such thoughts were swept away when the band reconvened for an absolutely monumental ‘As I Am’, and a brief section of ‘Enter Sandman’ in the bridge brought the proverbial house down.

After a 20-minute interval, it was time for what was clearly, for some at least, the main event. An intro tape of a montage of hits from 1992, then, as with the first set, Petrucci began the set by picking out a familiar riff, this time to one of the band’s greatest songs, ‘Pull Me Under’. This was almost a straight play-through of the album, although the band did augment it, mainly by including some solos and extended instrumental passages. Rudess and Petrucci shared what were originally saxophone passages in ‘Another day’, and there was an extended piano outro, and Petrucci played an absolutely magnificent extended solo at the end of ‘Take The Time’. Mangini took a brief drum solo in ‘Metropolis part 1’, while LaBrie shared some tales about the recording of the album from a stool in the middle of the stage, before he sang what he called the ‘soulfull’ or ‘pretty’ ‘Wait For Sleep’. An extended ‘Learning To Live’, with the band firing on all cylinders, brought the main set to a thunderous close.

Only one encore, but in the finest traditions of the band, and indeed of progressive rock as a whole, it was the whole of the 26-minute, 7 part ‘A Change of Seasons’, which was greeted with a huge cheer from the crowd, and if anything, the band raised themselves an even higher level than before, ending the piece gathered around Mangini’s kit, while Petrucci played almost a Doom version of ‘Happy Birthday’. It was nice that the band took their time leaving the stage at the end, shaking and slapping hands with any of the crowd in reach, because the crowd gave them a huge reception, for what had been a wonderfully played, and highly memorable show. I mentioned the lack of a big stage show, no screens, back projections or backdrops; as long as they can play such a gripping, fascinating set as this, I don’t think the absence was noticed. A great band. 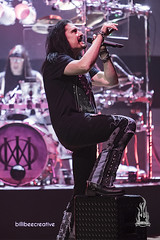 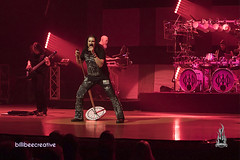 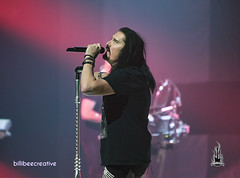 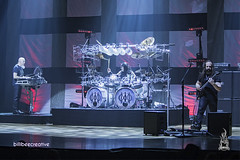 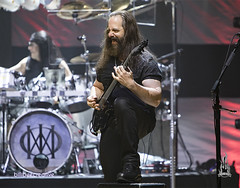 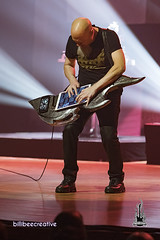 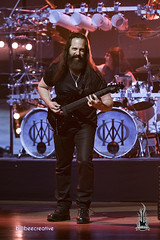 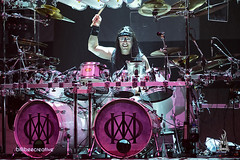 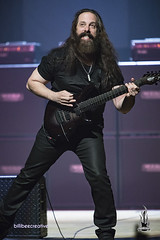 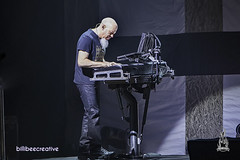 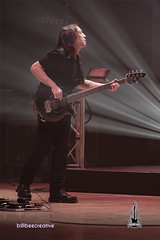 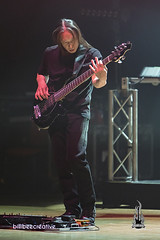 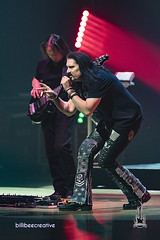 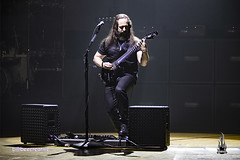 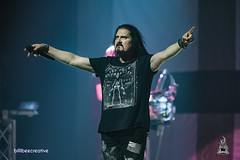