With a couple demos, an EP and a split release with Goat Tyrant to their name, the first full length from Poland’s Doombringer appears seven years after their inception. And it is far from disappointing. Densely heavy and intense, the riffs as icy as they are abrasive, the drums penetrating, and the vocals emanating from some yawning abyssal cavern, the album draws on both black and death for its mystical miasma. Morbidly bleak in atmospherics and ruthless in its attack, The Grand Sabbath is gruesome. While its blackened façade is macabre and menacing, the death metal aspect of its sound brings a pungency and a potency to the album that is augmented by the eerie textures of the guitar work.

Heavy and abrasive death riffs are juxtaposed with the majestic and malevolent trem-picked melodies of black metal in a menacing union that breathes barbarity. With the first two tracks outlining in very bold strokes the band’s capacity for balancing the sturdy and the forceful with the ominous and the intense, ‘Nocturnal Assembly’ expands upon the band’s already well-defined horizons by adding layers of haunting vocals and chaotic lead work to the album’s contaminated air. With tracks such as ‘Children of Moloch’ and ‘Grand Sabbath Reaps Souls’ utilising the best of the band’s capacities for diversity, the remaining tracks further demonstrate Doombringer’s ability to work with, to move within, and to combine their strengths in an array of possibilities that are always successful and always outstanding.

Able to multiply and balance the many facets of their sound without allowing it once to fall foul, with a distinct determination and commanding authority, each track keeps the album moving forward in death-breath defiance and head-down perseverance. Striking such a balance between the band’s instrumental, musical, and song-writing abilities to explore and exploit them to their fullest means that The Grand Sabbath is an exceptional piece of work. 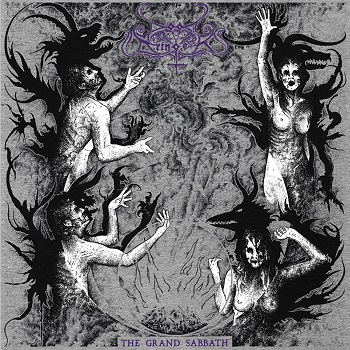