Never one to shy away from anything that comes close to carrying a hint of doom, Paul Castles beds down with some seriously miserable music. In this round-up he checks out:

You would almost have to be lying cold on a slab in a mortuary not to have your blood racing through your veins when listening to this wonderful album from Ogre. The Last Neanderthal is a delectable distorted look over the shoulder at the hallucinogenic ‘70s, from the aching vocals and rabid solos through to the multi-coloured sleeve artwork.

Don’t just take my word for it though. The first proper track ‘Nine Princes in Amber’ is an absolute pearler with more energy and vitality than a bunch of high school cheerleaders. The album’s longest number is ‘Bad Trip’ where Ogre create merry mayhem with their shifting rhythms and fevered guitar riffs. Slower tracks such as ‘Sons of Sisyphus’ have a strong Sabbath flavor right through to the quivering vocals while the more rockier material such as ‘Soulless Woman’ also make their mark against a crushed velvet curtain of inspired fret fingerwork. Final track ‘The Hermit’ is the longest at just over 10 minutes and certainly one of the best, a drawling melancholic crusher that combines brute heaviness with eloquent elegance.

This is Ogre’s fourth album but their first for around six years having decided to reassemble and dish out the doom once more. It’s a blessing that the Portland trio have. Ogre are roaring again. All you have to do is open your ears. 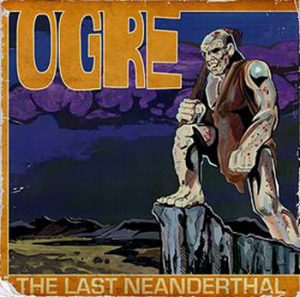 This cracking release has the DNA of Ozzy and Hendrix embedded deep in its bones.  From the opening track ‘Won’t Come Down’ Monolith take you back to the psychedelic 60s and 70s. With a riveting riff rumbling right through like an express train, Monolith get Dystopia off to a crashing kaleidoscopic start. With the Ozzy-like vocals kicking in again at the start of the following number ‘Cosmic Fairy’ the feelgood factor is as infectious as Chickenpox but a lot more fun.

Of course with such sounds very much back in vogue some may wince at yet another bunch of Sabbath impersonators. That though we be unjust criticism. Admittedly on tracks like Hole the nasal delivery could have come from the mouth of Aston’s most celebrated son. The twist here is that Monolith are actually a German trio although clearly a bunch whose inspiration is drawn from the fuzzy days of early UK doom. They have been winning friends on the road with several dates supporting their countrymen Kadavar

With tracks such as ‘Acid Rain’, which launches itself at you with a dirty distorted riff, Monolith do little to dispel this notion but all seven tracks on their debut album are groove-laden delights. The songs are all slowburners with a fuzzy feel that’s so laid back they’re almost falling over. Simple, energetic, warm and wonderful. The Bremen boys have done good! 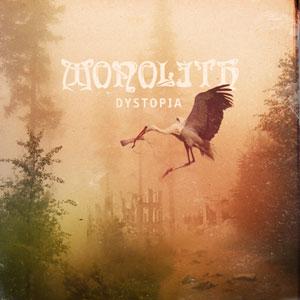 Just two tracks here but quite a worthwhile release all the same. Finland’s Hooded Menace are a very grim sounding bunch indeed. The inspiration behind this release is the 1970s cult horror movie Cry of the Banshee, a suitably satanic quote from which draws back the curtains on opening track ‘Chasm of the Wraith’. Vocal style is knuckledeep death metal growls and the tempo is heavy and languid, some cleanly executed riffs against a charred black backdrop to heighten the anxiety and angst levels. The other number ‘The Creeping Flesh’ is every bit as chilling, the barbed twisted vocal extractions colliding with a strained riff and somber drumbeat that eventually does have the tempo increased. A few more scary quotes just before the lights go out for measure, Hooded Menace crawl back into their lair after just 17 minutes but their mark has well and truly been made. 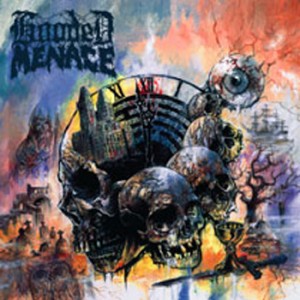 Of the material featured in this particular review round-up nothing comes close to matching Taurus in the warped and weird stakes. This menacing five-track release is a satanic slice of hell. The wordy opener ‘No Thing Longing… Human Impermanence’ is a disheveled destructive force of evil. Echoed anguish cries are layered over a bewitching beat that leaves you with more questions than answers.

‘Lives Long For Own’ carries a definite thread of antipodean angst agitators Ulcerate, a throbbing beat that plays tricks on your mind, crashing guitars and screeches of the kind you may be familiar with if you’ve ever caught One Born Every Minute. It’s painful stuff and guaranteed to clear a room in double quick time should you ever need to do so.  The hostility and bleakness pushes your senses to the limit and the 10-minutes spent listening to ‘Set Forth On The Path Of The Infinite’ is an aural challenge, a collision of different sounds, voices, yells that somehow juxtapose to leave you with the feeling that you’re trapped in a crypt while being prodded by mad monks as a choir of nuns wail in the next room.

Although assorted voices crop up Taurus are essentially a two-man operation, Stevie Floyd of Dark Castle and Ashley Spungin, formerly of Purple Rhinestone Eagle/Negative Queen. Between them they have produced this psychedelic glimpse through the keyhole into the world of the damned, creating pictures of desolation, loneliness and despair. And don’t look for anything to lighten the mood and ease the suffering; there’s nothing here but hurt and hate. 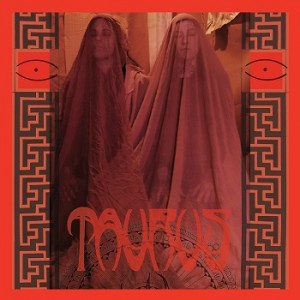 A Tree of Signs – Saturn EP

A Tree of Signs hail from Portugal. Their debut EP is a three-tracker coming in at just 10 minutes. It’s a fairly easy listen with warm female vocals but doesn’t really threaten to start many fires. First number is ‘Red II’ which is fairly bland almost popish song that doesn’t really contain enough innovation to stir your interest. A Tree of Signs are billed as a doom band and they do swerve over towards that on ‘Red III,’ a dirtier dissonant instrumental that has much more darkness to it. Final song is the title track ‘Saturn’ a bouncier piece but not one that will have me rushing back to play it again.  There’s a 70s feel to this EP and Diana Silveira has a strong clean voice but the overall impact on this reviewer is minimal. 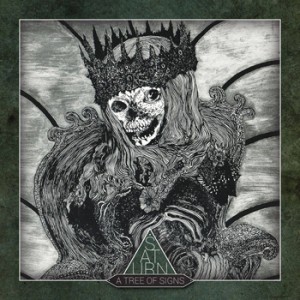