For a band who have have existed, off and on, for nearly 40 years, Dokken have released surprisingly few compilations. Cleopatra Records – one of the USA’s more interesting independent labels – have recently repackaged the band’s 2010 Greatest Hits in remastered form, and have included the two bonus tracks originally unique to the Japanese version.

All the usual suspects are there, and the older stuff – particulary the borderline operatic metal of ‘Into The Fire’ and the rollicking pop metal thunder of ‘In My Dreams’ – is now buffed up and gleaming thanks to today’s cutting edge digital technology.

The band’s turbulent personal relationships were often the fuel that powered the machine, but in 2003, guitarman George Lynch and bassist Jeff Pilson finally bailed, leading to the recruitment of Jon Levin and Barry Sparks. ‘Almost There’ and ‘Magic Man’ are Levin/Don Dokken cowrites, and there’s a a crackling undercurrent of eighties hard rock energy running through both songs, with Levin eagerly stepping into Lynch’s too-big-to-fill shoes, and finding they are an excellent fit.

The “Japan only” tracks are covers. Britpop sixties’ legends, the Hollies, had a massive UK hit with the Graham (10cc) Gouldman penned ‘Bus Stop’ and on the other side of the Atlantic, the Knickerbockers, credible Beatles’ mimics, simultaneously had a similarly huge hit with ‘Lies’. The Dokken versions, loving recreations of moments in time from their youth, are clearly as much a salute to the music they listened to during their formative years, as they are to those two memorably melodic sixties’ pop artists.

Fourteen tracks, and as emphasised by the remastering, despite the occasional failings of Don Dokken’s lyrics, the band’s best stuff still packs a glorious punch. 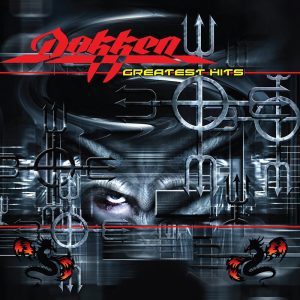