This is the one…

Dokken’s 1988 double live testament to their songwriting skill and on stage animal intensity is well titled… an eight venue tour of Japan distilled to 80 minutes of elemental hard rock. It provided the launchpad to rock’n’roll fame for the band in much the same manner as Live At Budokan had for Cheap Trick ten years earlier.

Like a game of consequences, the well documented friction between vocalist, Don Dokken and axeman, George Lynch created the spark that ignited the band’s on stage performance, night after night.

You need only hear ‘Tooth And Nail’, ‘Just Got Lucky’ and ‘Mr Scary’ to understand that Lynch was on fire. The rest of the band – Jeff Pilson and Mick Brown – responded by burning up the stage alongside him.

With all four investing in a whole that was clearly greater than the sum of the parts, even lower profile songs like ‘Alone Again’ and ‘Heaven Sent’ sound powerful, invigorated, freed from the studio straitjacket.

The 17 tracks on this 2 CD remaster include two that were on the original vinyl release but missing from the original CD version…’Standing In The Shadows’ and ‘Sleepless Nights’. The recording earned the band their one and only Grammy nomination.

Remastered, these songs just leap of the page… and it is all perfectly delineated by a new set of finely tuned liner notes by Malcom Dome. 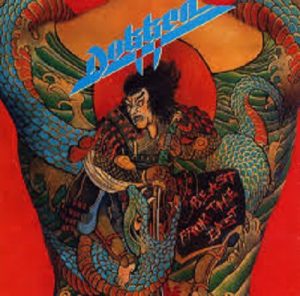