“It’s great to be back in Alabama!”

Jason Guest was part of the congregation…

If he’s anything, Devin Townsend is a showman. Fortunately for us all, he’s also an outstanding guitarist, singer, musician, composer, producer, alien communicator, superb-coffee-seeker, skullet-wearer and humourist.Nine solo albums, seven DTP albums, five Strapping Young Lad albums, and a bunch more where his talents are on display, each as remarkable as they are diverse, he’s got plenty of great material to choose from. And though Paul Stanley may be able to titillate and dominate the Kiss audience with his Love Gun, Devin Townsend can do just as much to his audience with his “apathy wiener”.

The lights go down. Much applause as the band enters and much more when DT follows them and takes his place centre stage, opener ‘Rejoice’ lifts us all to the heavens. And with a spectacular light show to fill stage and stalls, the congregation are carried through an evening of music performed with as much precision as it was pleasure. When a band enjoys playing their own music as much as DT and co. do, that energy can only lift the crowd ever higher. Horns aloft, Ziltoid puppets aloft, arms swaying left to right to left in time with DT’s head, head banging (of course), singing and screaming and laughing along, ‘tis a joyous evening. And with the new material from 2016’s Transcendence going down a treat, band and fans love it.

Engaging with the audience from beginning to end with a top notch performance, one thing is abundantly clear this evening: The Devin Townsend Project are a lesson in live performance. Whether squashed up against the barrier or the bar, there is not one person in attendance this evening that isn’t a part of the show. Conductor of both crowd and music, Townsend may be at the centre of it all but it’s not all about him. Okay, so it’s his band, his music and his show that we are here to see, but there’s a distinct feeling that he’s enjoying it because we are enjoying it. And we’re enjoying it because he’s enjoying it. It’s one thing to be a fan, but it’s something to else to made to feel part of the show. Is it any wonder, then, that when DTP leave us, we want more? Come back Devy. Soon. Please. 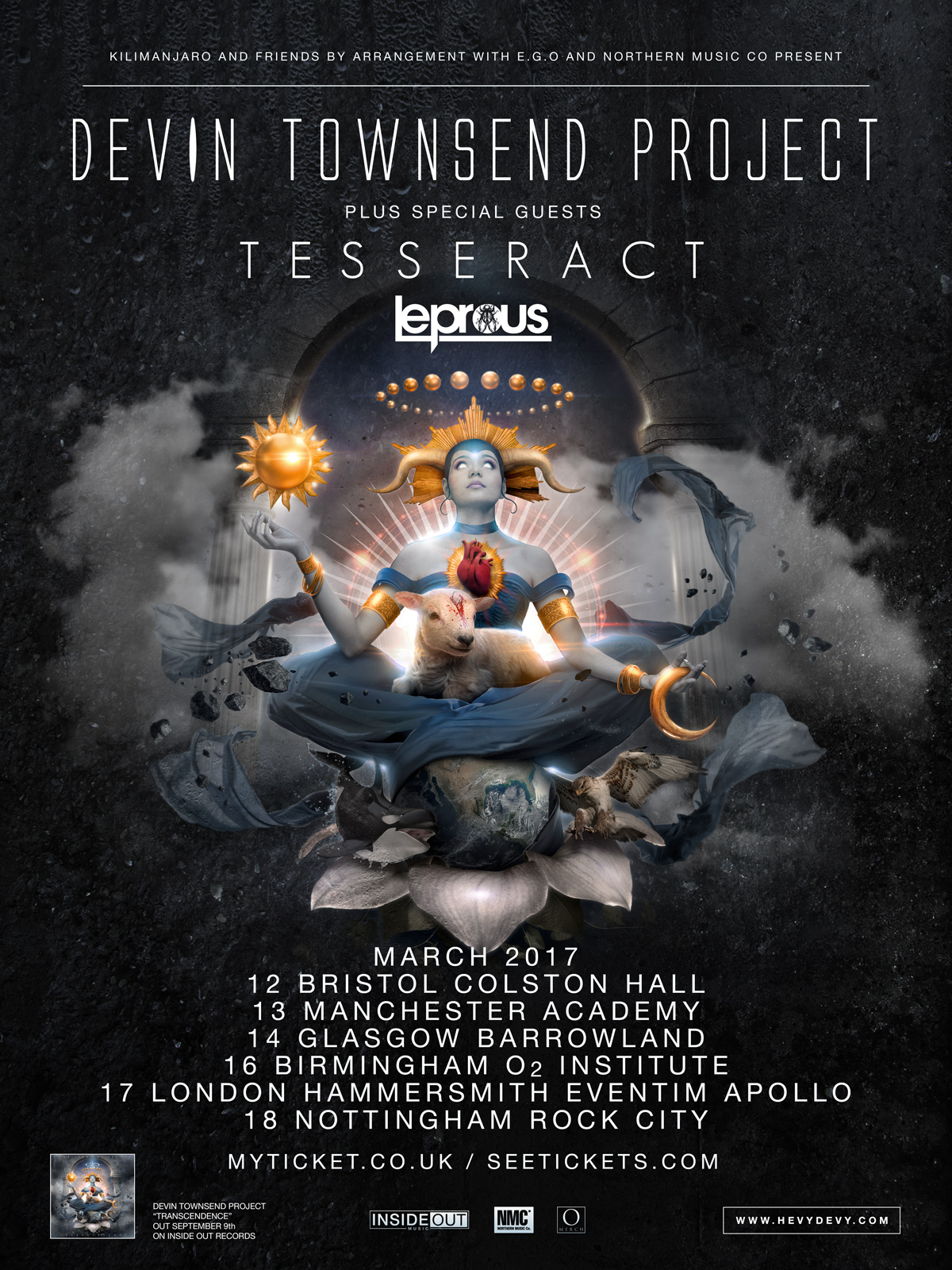