Paul Castles falls under the spell of Aussie doomsters Devil Electric, whose debut album was released via Kozmik Artifactz, on 11 August, 2017

Devil Electric’s self-titled debut release is a bewitching cocktail of doomy riffs, although in no way somnambulent in its delivery. In contrast, this is doom with a smile on its face, at least most of the time. The contours of the grooves are persuasively positive while the engaging vocals of Pierina O’Brien are more sublime than satanic.

Pierina’s vocal tones are similar to Windhand vocalist Dorthia Cottrell and, perhaps to an even greater extent, Blood Ceremony’s magnificent frontwoman Alia O’Brien (no relation, I’m guessing!) Early pleasers here are ‘Shadowman’ and the luxurious ‘Lady Velvet’ which is warmer than an electric blanket whacked up to the max.

Devil Electric are certainly flying the flag for the Australian doom scene, fuzzed up riffs sharp enough to grate cheese while Pierina has a clear singing style that entices you in. Once within Devil Electric’s reach it’s hard to wrestle clear, although by this stage you probably won’t want to.

On ‘Acidic Fire’ some of the grooves captivate and charm like hirsute German trio Kadavar, rushing through your veins and setting hairs dancing on backs of necks.  The shortest song on the album is ‘Monolith’ which opens with a distinctly darker shade of doom, deeper, bleaker and more confrontational with scything solos bringing an additional layer of menace. 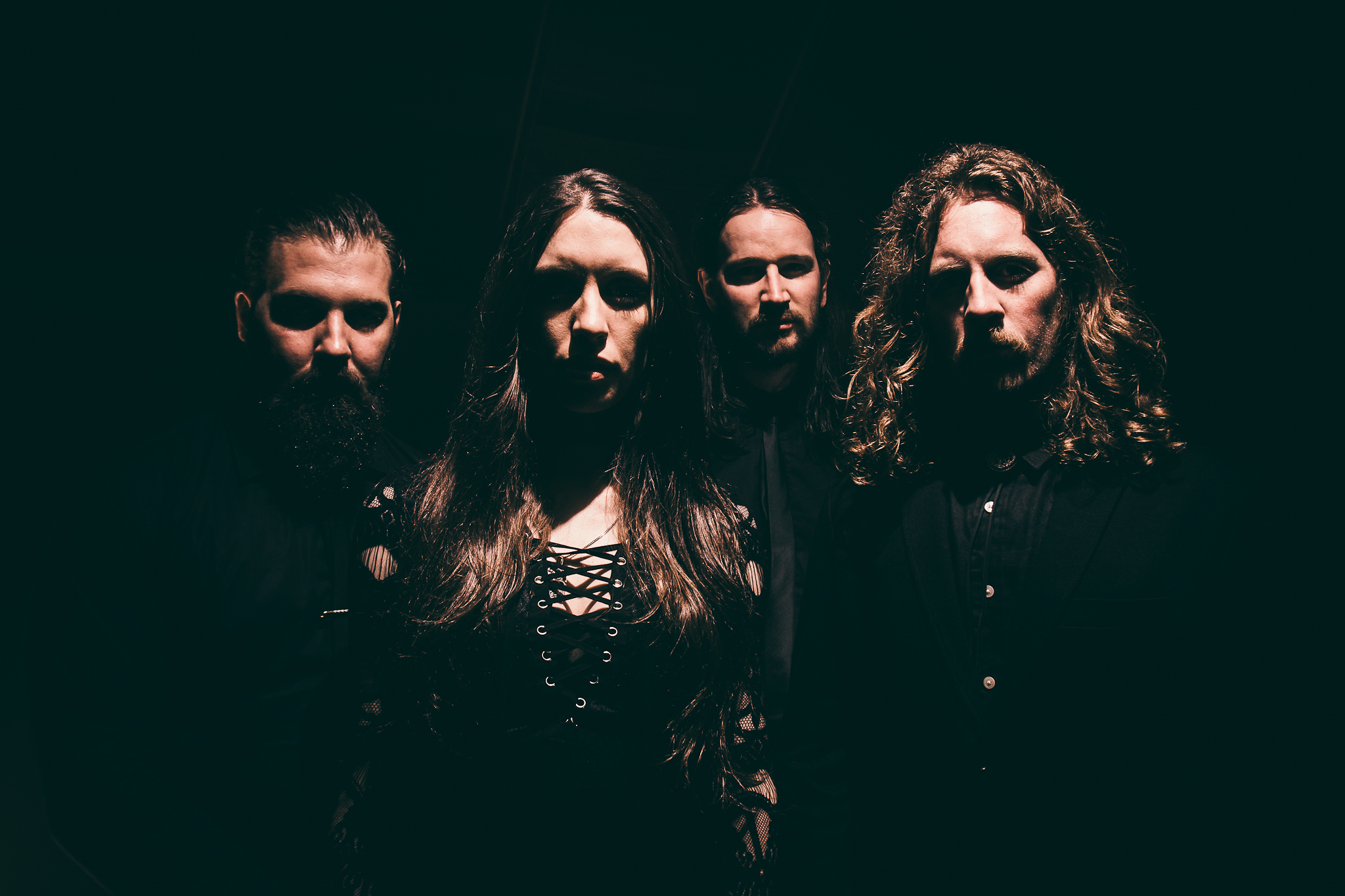 With Pierina crying out, ‘Drag me down to the Hell hole,’ the mood is scarcely enlightened at the start of ‘The Dove and the Serpent’ as Devil Electric start to turn over the tarot cards to expose a Lucifer loving underbelly. This five-minute opulent occult worshipper is seductively paced, although a riff explosion further towards the satanic fires sees the tempo quicken and tensions heighten.

‘The Sacred Machine’ is certainly infused with the Sabbath lineage as seismic sludge shifting riffs lay down Devil Electric’s Melbourne mantra from the start, Pierina displaying her fullest vocal range to great effect. Penultimate instrumental ‘Lilith’ allows a little tranquility to descend, a light to shine through the otherwise atmospheric antipodean gloom.

‘Hypnotica,’ the first single from the album, closes affairs superbly. Once a crushing barrage of infectious riffage breaks after a minute or so, Pierina steps forward to take the track into a more haunting direction, at times sounding similar to Alunah’s Soph Day. It’s a spellbinding finale in which all four corners of Devil Electric sumptuously blend into one stunning force to provide a tumultuous thrusting finale.

Devil Electric have (witch) crafted a mesmerising debut album. Recent shows Down Under have drawn decent crowds, taking in destinations beyond their Melbourne home, even including a jaunt to Tasmania. This debut offering to the high priestess of doom looks sure to gain them many fans and followers far away from their southern hemisphere home.