With song titles such as ‘Hail Death’ and ‘Send Them To Hell’ there’s little attempt to disguise the black metal credentials of newcomers Devastator. Should anyone be left in any doubt, the reassuring presence of a goat head on the album artwork well and truly seals the demonic deal.

Some mid-song solo sorcery adds a further dimension while a good old fist-pumper of a chorus would be graciously accepted by any pit – should we ever get back to those days! As album openers go ‘Howling Night’ doesn’t just tick a few boxes, it blows them right off the park.

‘Worship The Goat’ continues in similar vein but then brings in a shuddering chug that will give your neck muscles the best exercise they’ve had since before lockdown. Anyone seeking any light relief won’t find it on this album and certainly not on the following track ‘Hail Death’. 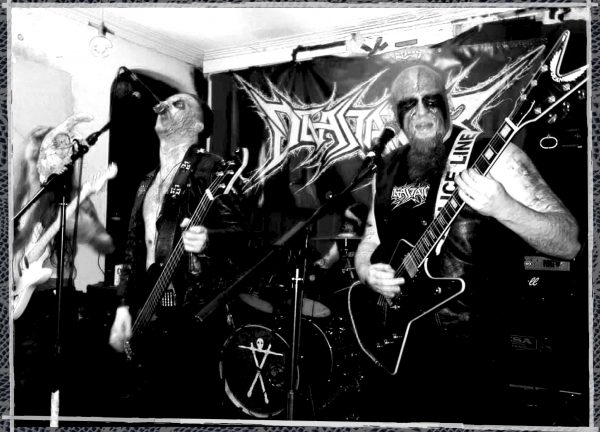 Throughout this release Devastator summon the spirit of such genre grandees as Venom and Bathory. Even on the 90-second crash of ‘Send Them to Hell’ they are able to execute some throbbing riff patterns before seamlessly rolling into the equally brief firestorm ‘Death Slut’.

‘Spiritual Warfare’ is a more rounded sermon, a little of the speed sacrificed for structure which in turn creates openings for some old school spiraling solo licks. Throughout this impressive first feast, Devastator display a penchant for high octane riff riots smothered in satanic discourse, as captured on the closing razored title track.

Within this half-hour that bridges the blackened thrash-speedmetal divide, it’s particularly gratifying to see that the Derbyshire demonic quartet have also remembered to inject melody. When everything comes together, as it does on pretty much every one of these tracks, it’s hard to reach for the off switch.

Released via Clobber Records on 10 July 2020 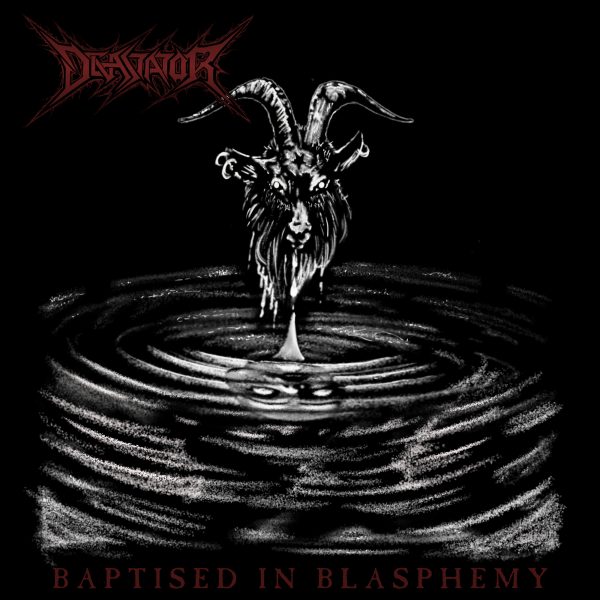