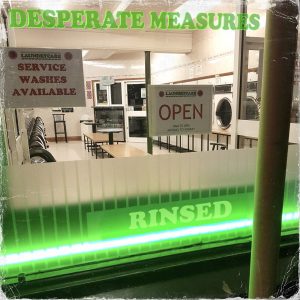 Written in lockdown and recorded with Andy Brook (who has produced, engineered, and toured with the like of Status Quo, Ginger Wildheart, Uriah Heep, Hayseed Dixie…) at The Brook Studios in Wallington, Surrey at the end of 2020, Rinsed sees this new line-up of Desperate Measures moving into new musical territories.

Whilst still maintaining their gnarled punk edge, the band have drawn on a multitude of different rock influences to push their sound forward. New single ‘Flowers At Your Door’, for instance, is a brooding, dark song that channels the dark energy of Iggy Pop, Lords Of The New Church and the Doors, whilst ‘Scars & Memories’ and ‘The Rich-tual’ are both turbo-charged rockers that bristle with urgent energy and power.

Topped off with an amped-up ‘live in the studio’ cover of the 1964 Dave Berry B-side ‘No Lip’, as also cov-ered by the Sex Pistols, the Rinsed mini-album also features two versions of the song ‘Lost Angels’ – originally written with the late Chris Sheehan, guitarist with chart topping New Zealand rock band the Exponents. Chris also had two U.K top 5 indie chart albums with his band the Starlings and played in Babylon Zoo and the Sisters Of Mercy. Rinsed features the original demo from 1988 as well as a re-recorded live tribute to Chris. He is greatly missed. 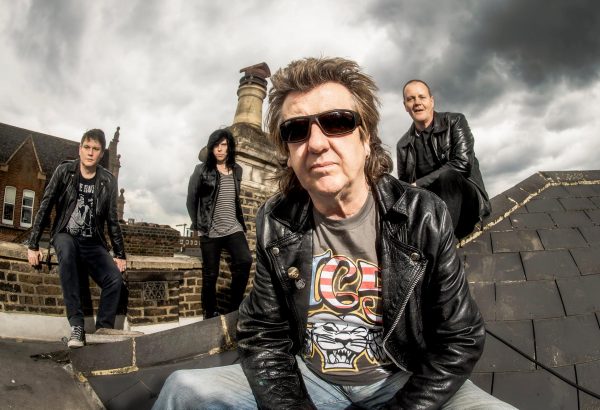 Desperate Measures released one sought after 7inch, the 1984 E.P that now sells for upwards of $100 and a live album before splitting in 1983, when singer Eugene Butcher moved to the U.K.

After a couple of well received reformation shows back home in New Zealand supporting the U.K Subs and Peter and the Test Tube Babies in 2009 and 2010, fast forward, and 40 years after they formed, a new line-up featuring sole original member, Eugene Butcher, have been fully active on the UK music scene, sharing stages with the likes of U.K. Subs, The Pack, Cockney Rejects, Subhumans, Nashville Pussy, alongside appearances at festivals such as Rebellion, Camden Rocks and HRH Punk.

Desperate Measures and The Professionals (Paul Cook-Sex Pistols)  head off on a UK in October and also play HRH Punk at Sheffield O2 Academy on 3 October. They visit the Castle & Falcon in Birmingham on 21 October. 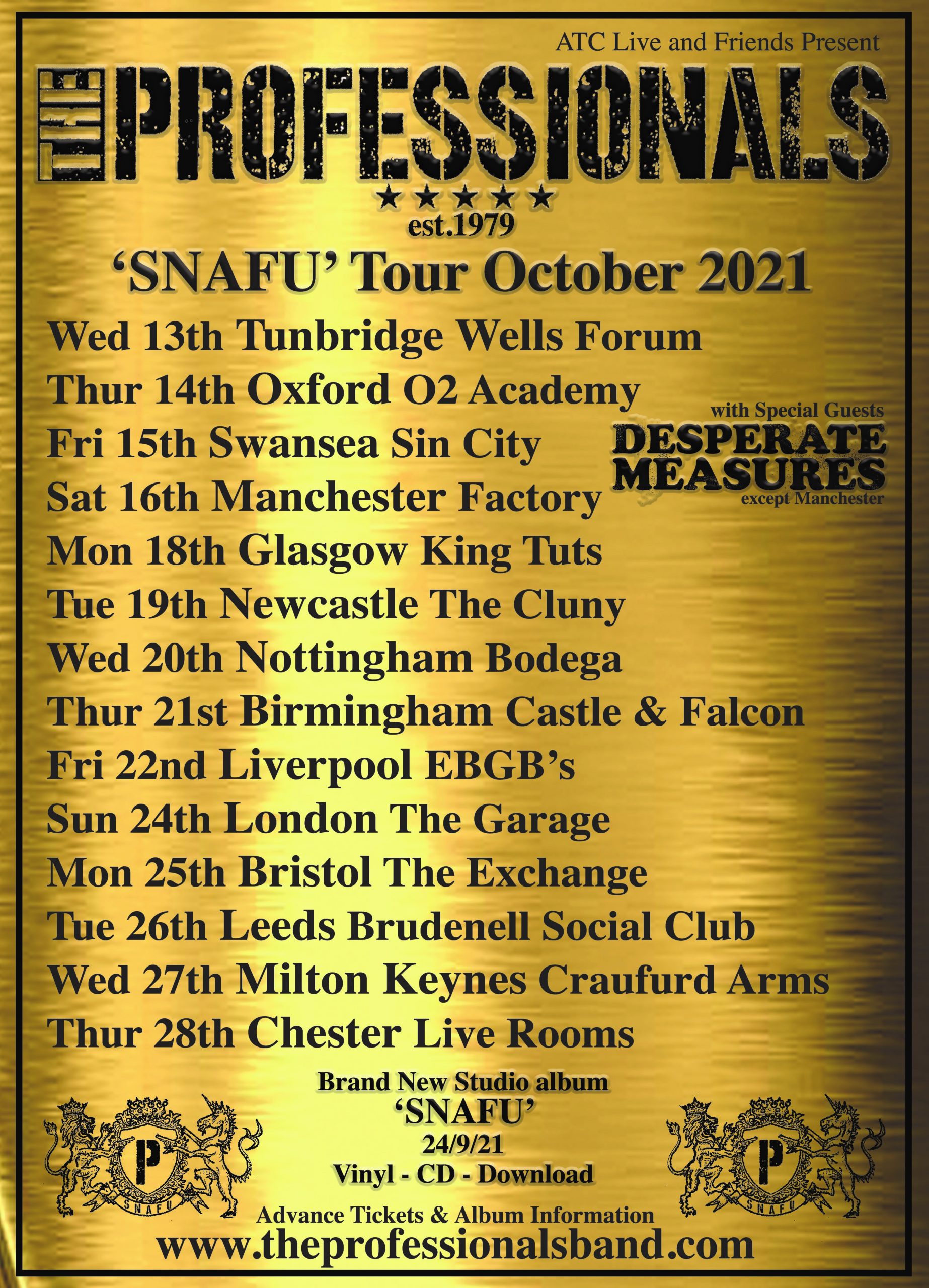