One of the most enjoyable sets at Desertfest this year was provided by Blackwater Holylight. The all-female five-piece from Portland, Oregon, brought their scintillating heavy psych grooves to The Underworld in Camden where they performed their first ever UK show in front of a rapturous crowd.

Just a few minutes after stepping off stage the effervescent bunch still had enough energy in the can to talk to Paul Castles. Click below to hear what they had to say about the difference between performing in the US and the UK and plans for a second album. 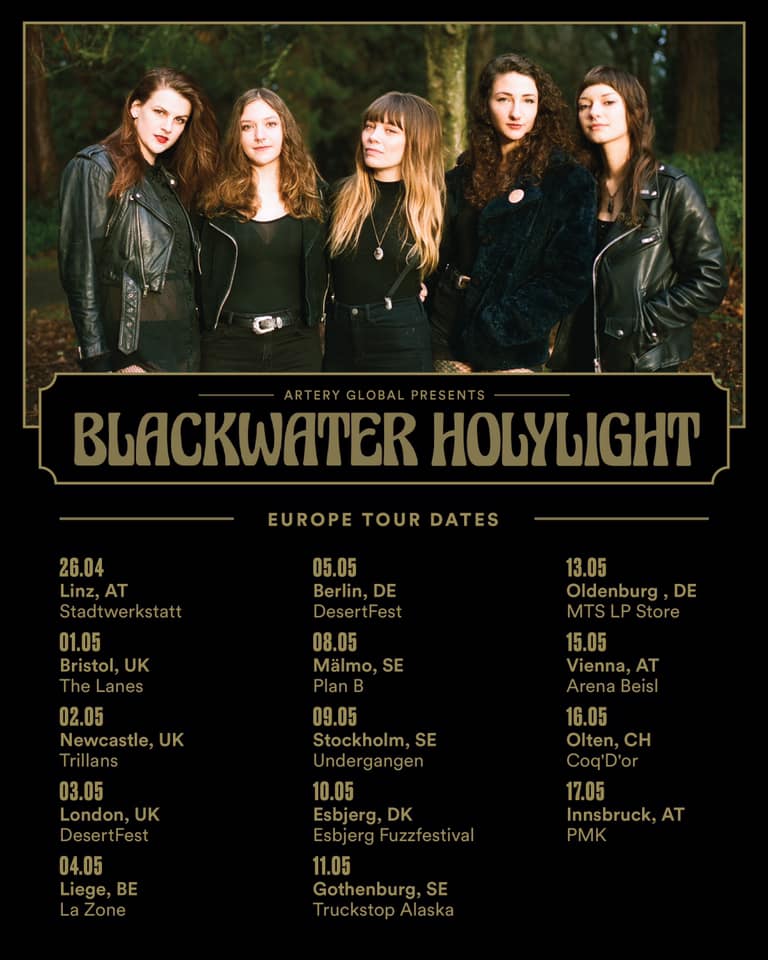