Midlands guitarist Des Sherwood returns with his third instrumental rock album. A shredder in the sense we might refer to Joe Satriani as one, but Eric Johnson’s tonal quality can also be heard as at other times so too can Jake E Lee’s should you think we’re wading too deep in rock fusion’s water for your tastes.

Melody is always the prerequisite factor in all Sherwood’s recordings. Expressive emotional subtext runs a close second, and the scope of the piece tending to convince the listener that the title’s relevant and not just made up after the effect. While he’ll take creative side paths within a song, he’s not one for the tune outstaying its welcome, rather there’s a succinctness whereby what’s needed to be stated on guitar is accomplished. It’s not so much the wow factor you come for, rather a more satisfying and longer-lasting sense of fulfilment. Or at least I’ve found so, over his last two records.

The Music Room and Black Is White appeared to be quite personal records, if based only on the titles; the former about a past relationship was somewhat romantic overall, the second concerning a more present state-of-mind proved a more strident affair, with III as we scan the track titles, prior to listening, we might expect music that has social or political concerns, with a wellbeing subtext, but so too he might have been soaking Game of Thrones and other fantasy epics on TV and come up with his own sword & sorcery spin, that or just been stargazing recently. The fact that we can make up our own minds about instrumental albums adds to the experience, who needs CGI when you makeup scenario in your heads to accompany Sherwood’s aural creations. Mind you, with most running less than three-and-a-half minutes each you need to have your director’s hat on firmly.

What’s noticeable overall sonically, is there’s a more modern metal approach to a number of the works, and yet the songs don’t tend to favour down-tuned guitars, rather there’s added weight to them as if to express, not so much melancholy, but rather a grudging realism. There’s also more of a looseness to them, not so overworked, as if he creatively he needed to get the tunes out of his system, or even perhaps looking to how they might translate to being played with a full band live – If that’s the case, where am I seated?

Pouring down heavy like ancient horse riders coming over a mountain, ‘Wasteland Utopia’ hits the speakers, only for these warriors to find nothing as broken down chords and melody lead imply tired wanders along a dusty trail, as the music speeds and tumbles in assorted directions we might presume a chase is on, but whether capture’s imminent unrevealed. Conan quandaries aside, the title’s oxymoronic statement could be about climate change, our wasteful consumer society, or just the current global political landscape, and of course he could also have strung two random words together.

Oh, I love ‘Osiris’, it’s got this relatively simple riff going through it, but he’s got whatever effect Rory Gallagher’s guitar had on ‘Philby’ and Steve Hackett uses live on ‘I Know What I Like (In Your Wardrobe)’ going through it. A second guitar tags along the main one, power chords bash out staccato like then join the lead guitars even as new ones squeal over it all. It feels like both a journey and an exploration of what might be, with its title suggesting space, and I have to say that if you replaced the guitars with sequencers and synths there are parts that might be like classic Tangerine Dream odd as that may sound.

‘How About No’ rams a few heavy riffs in your face to ensure you get the message while ‘Odeum Bedntium’ is a most curious musical creature – an “odeum” is apparently ancient Greek and Latin for concert hall, the latter I’ve no idea. It’s true however that once the track gets going it feels like it’s some live concert back-in-the-day where the lead guitarist’s ging to do his half-hour stint while the rest of the band go smoke a joint. Only it’s this funky riff, that’s got a right-hand flick feel that’s very Hendrix-y and yet starts hitting precise slap and pull notes the way a bass player would, its jazz rock come fusion but working to the beat of a different drummer. It also finds times to shine brightly in some more of those Tangerine Dream-y space ways, and achieves all this in just two minutes, seven seconds.

‘Coercion’ is a slow cosmic dance of gentle persuasion, drifting between shoulder-shrugging harshness and light pretty melodies. Pretty but persuasive, it conveys its title’s meaning in its music, whether that be ghost-lighting, underhand boardroom dealings or otherwise. The mellow beat of ‘Free the Warrior’ features wandering expressive guitar lines, heading deeper into more ambient refrains as it continues.

‘Never Alone’ is another that plays exactly as it says on the tin, but you do have to reason that while having someone to comfort you is a plus, should we draw comparisons to the earlier ‘Coercion’ less so. Foremost guitars swell with feeling, imploring their intent over a slow driving rock waltz, but there’s also an air of mystery, heavier drama, then lighter orchestrated themes before it all heads towards something darker prior to the main theme returning with a more determined thrust, as if to suggest the song’s protectorate is back. And yet, ‘Non Compliance’ again threatens the peace once again with big menacing riffs, wailing guitars and some ducks and dives of shredding in between.

The final two numbers ‘Revolution’ and ‘Safe Place’ look to resolve the conflict latterly felt on the album, be that the savage sword in space fantasy variety or closer-to-home possible unwanted office attention, and yet ‘Revolution’ is not Armageddon-like in approach but starts tenderly like soulful funk with guitars entwinning enchantingly, and it moves through its changes feels much more like some creative or scientific breakthrough being achieved and so a positive spin on its title, and latterly I begin to wander if this is an album mad during the Covid pandemic and its intentions to purvey the various conflicting emotions we experienced during that time. Certainly, ‘Safe Place’ with its cluster of chiming notes warms the listener, its main lead line making ever more earnest statements of intent, others latterly acting as Greek chorus emphasising all will be well – As the longest track on the album, at just over five and half minutes, it feels somewhat apt.

Whatever fantasises our minds wants to make their own videos for, musically this is once more a delight from Des Sherwood. If you come to this record wanting to hear clever guitar licks, you get that box ticked, melodically so. If you just want some good instrumental music on in the background, then it delivers on that score too. If like me, you find his playing makes you smile and want to find a better world to live in, then great. 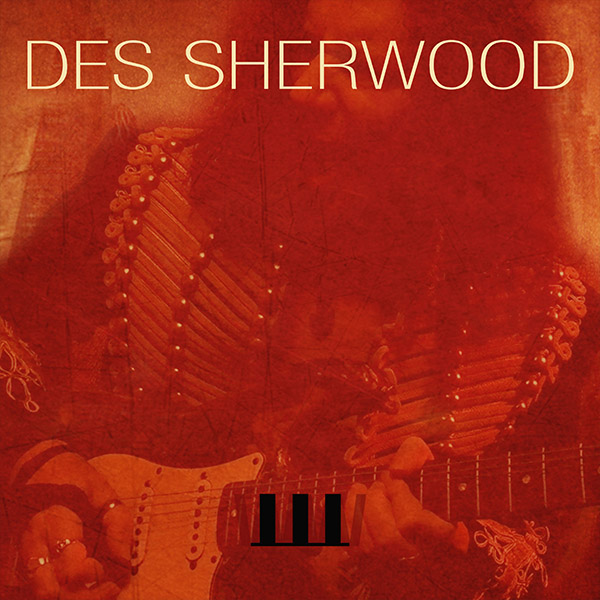