The fulsome funk flow of Derek Davis captivates Stephen Brophy as he gets down with Revolutionary Soul, released by Apocalypse Records on January 21, 2017

Having been the front man for the band Babylon A.D. since the late 80s, most people would probably expect a solo album to be Hard Rock with a few ballads thrown in for good measure, but that’s not how Derek Davis rolls. This is coming straight out of Derek’s roots, funky, rocking and still so full of soul, this is very much Revolutionary Soul.

This is an album that needs attention, needs to be lived with for a while and grows with time. The first listen through the cover of ‘Valerie’ just didn’t hit home at all, but now it sounds terrific, probably doesn’t sound right but the smoothness of Davis raspy voice along with the powerful delivery just bring so much to the album.

Tracks like the awesome and highly addictive ‘Think About It’, once it gets in your head it doesn’t let go, ‘Picture Of Love’ and ‘Stop! Wait A Minute’ are all big highlights on a well written, put together and produced album. The tracks that have more of a Rock edge become very funky, which works really well to vary the tempo throughout the album. With 9 out of 12 tracks self written you get an appreciation of where he’s coming from with many stories of love and loss.

There is a really good flow to this album, the mood isn’t always upbeat and bouncy, nor should it be and the cover tracks chosen have been well thought about and also placed so as to work well with the rest of the tracks. The groove rolls from start to finish, with slower tracks like ‘Stop! Wait A Minute’ still holding the pattern up.

This album has definitely been a labour of love for Davis, he plays all the instruments, wrote most of the tracks, produces it, this is his baby and it is damn good. Irrelevant of the style of music you normally listen to it’s always worth checking out good music, and that’s exactly what this is, bloody good music. Very thankful to have gotten the opportunity to check this album out, Derek’s voice alone is always worth a listen, but these songs are top notch, hopefully the Revolutionary Souls manage to play some shows on this side of the water to promote this album. 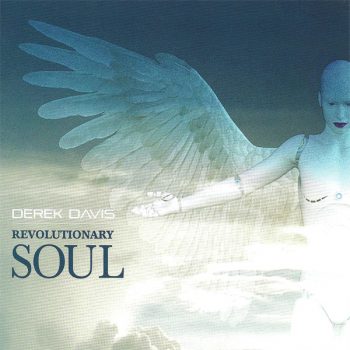