If the name Der Rote Milan is not one that rings too many bells then don’t chastise yourself over this void in your memory bank. The German black metal warriors only surfaced last year which makes their outstanding debut album, Aus der Asche (Out of the Ashes) all the more remarkable. ‘Der Aufstieg’ is a soothing if sinister opening intro, its unnerving whispers hinting at the apocalyptic fallout that beckons just around the corner. The first onslaught of twisted teutonic torment comes with the incendiary ‘Nebel und Regen’ in which for the first time the full barbaric fury registers with scarred vocals wrapped in a cocoon of blistering blastbeats and merciless skin pounding. Having grabbed your attention Der Rote Milan then prepare to hammer a metaphorical nail into your cranium with the throbbing ‘Das Ende des Tempels’ in which a handful of meritorious melodies are allowed to cut their way through a plague of bestial brutality. 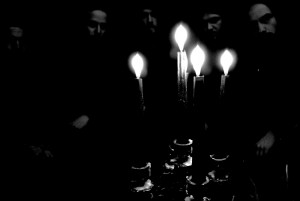 With band members protecting their individual identities by simply listing their names under obscure monikers such as Git II, Git III and Dr V it’s hard to address Der Rote Milan as anything other than a grotesque Germanic collective. It matters not, for on callous black metal sonic showstoppers such as ‘Sühne und Schmerz’ the satanic swathes flow forth like a noxious gas inflicting on all who are unfortunate enough to inhale its nauseous substance a desperate and unwelcome end. ‘Seelenasche’ is a more measured atmospheric piece in which good and evil meet in a stand-off although by the sounds of it it is the latter which inevitably triumphs in the end.

While decadence and darkness prevail, Der Rote Milan cite French poet Charles Baudelaire as an influence of sorts, as they explore the extremities of life within a blazing bonfire of blastbeasts and barbed wire grooves. Respite for those who need it comes in the shape of the at times transcendental ‘Blutleere Stille’, a wandering breath of pure air when set alongside the persistent onslaught of Der Rote Milan’s menacing jagged attacks. On ‘Ewige Dunkelheit’ the good and the bad fight for supremacy, weaving riffs of mesmerizing melancholy dominating one minute, the hatred and overspill of evil to the fore the next. Aus der Asche  closes with the much longer ‘Der Abgrund’, a superbly structured symphony that signs off a pulsating and invigorating listen with a flourish. 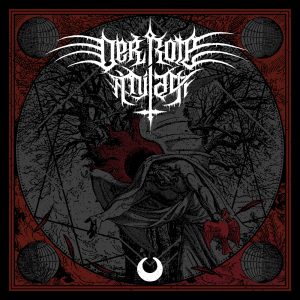