It’s because of Mr Bungle that I first heard Dengue Fever. Sometime around 2003 I was sampling the goods on the website of Trey Spruance’s record label Web of Mimicry. Secret Chiefs 3, Sleepytime Gorilla Museum, Estradasphere, and a whole host of goodies streamed forth, not one band sounding like any other and not one band sounding like anything I’d heard before. Given that Spruance was then a member of Mr Bungle (they were to split a year later) and that he, Mike Patton, Trevor Dunn, Danny Heifetz and Clinton McKinnon had gone on to produce some of the most, shall we say, “eclectic” music known to man, I knew, as the cliché goes, that I should expect the unexpected.

But then ‘Hold My Hips’ popped up. A musical mashup of vintage Cambodian pop, garage rock, funk, soul, jazz, and psychedelia, Dengue Fever were unlike all of the other “unlikes”. That it was sung in Khmer mattered not a jot. Patton grunted, shrieked, howled, hollered and whimpered for Mr Bungle, Faith No More, and Fantômas, and the frontmen of many a death, black and industrial metal band snarled and grimaced many an indecipherable utterance, and that hadn’t hindered the music in any way. One might even say it enhanced the music.

With Dengue Fever, Chhom Nimol’s voice was – and still is – captivating. Melodic and mellifluous, the way she wove her tones around the band’s infectious grooves was bewitching. And then for some reason they disappear from my musical radar. 12 years later, their album The Deepest Lake drops into MR’s inbox. Long thinking they’d split up – and very glad that they hadn’t – here they were once more, a host of seriously funky and danceable tunes decorated in catchy melodies and hooks aplenty. Faster than Adam West and Burt Ward to the Bat Cave, it’s to the internet I go to find out more.

Following a trip to Cambodia where they discovered the pop music of the pre-Khmer Rouge era, brothers Ethan and Zac Holtzman formed Dengue Fever in 2001 and discovered lead singer Chhim Nimol in a nightclub. 2003 and their eponymous debut appears. Comprised of ten cover versions of Khmer classics written and/or performed by Him Savoeun, Ros Serey Sothea (a high profile and highly acclaimed performer executed immediately following the Fall of Phnom Penh and whose remains are yet to be discovered), and Pen Ron (another popular musician tricked into playing one of her songs before being led away and executed), it’s a celebration of music that the Khmer Rouge would have had us forget completely. 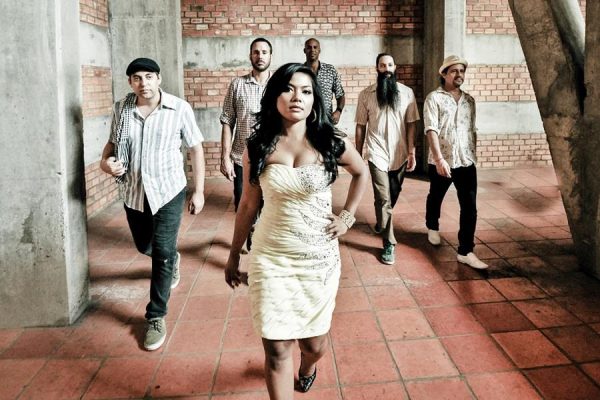 Sax blasts and melodic hooks, ‘Lost in Laos’, the only track here written by Him Savoeun, is driven by an amazing bass groove, around which the guitar, drums and Nimol’s gorgeous vocals wind their beautiful way. The tracks originally by Ros Serey Sothea range from the upbeat and exuberant (‘I’m Sixteen’), the mysterious and quirky (‘Flowers’ and ‘New Year’s Eve’) to the playful (‘Glass of Wine’), the quirky (‘Shave Your Beard’) and the surf-like (‘Pow Pow’).

‘Thanks-A-Lot’ by Ros Serey Sothea and Pen Ron is a two-minute pop wonder that moves between female and male vocals, developing into a wonderfully harmonized dialogue between the vocalists and the instrumentation. ‘Ethanopium’, originally by Ethipian musician Mulatu Astatke, is a prime example of Ethio-jazz, the bass line providing a funky foundation for this marvellous and moving instrumental. As for the two original tracks, ’22 Nights’ and ‘Connect Four’, Dengue Fever demonstrate just how closely they have listened to and how closely they have stayed to the original spirit of the Cambodian pop pinups and begun to establish a sound all their own.

There’s a jubilant and infectious spirit that underpins that first album, a sprit that very much fuels their second album, Escape from Dragon House of 2005. All of the songs have a distinct energy and confidence to them. Evidently, in the time leading up to the writing and production of this album, Dengue Fever had found their voice. With pop, funk, soul and rock combined into an album of poppy, funky, soulful and rocking tunes, the band were now a dynamic, exciting, and, more importantly, unique unit.

With all but one of the tracks being originals, again the band’s combined musicianship is on display. The rhythm section is tight with plenty of funky beats and rhythms grooving alongside the melodic and irresistible bass lines and the guitar, horns and Farfisa organ punctuate the grooves with many a melody and ever-shifting and always-striking harmony after harmony. And Nimol, still singing in Khmer – and this time accompanied by Zac Holtzman on the Ros Serey Sothea-penned ‘Tip My Canoe’ – gives another remarkable performance, her voice as captivating as it is melodious. Unlike most, Dengue Fever didn’t suffer that difficult second album syndrome. Nope, this is a gem.

Long out of print, Tuk Tuk Records (co-owned by band bassist Senon Williams) are reissuing their back catalogue with bonus material (live tracks and remixes), new liner notes, archival photos and upgraded artwork and packaging – the debut features an expended 20-page booklet while Escape… features a fold out poster. I recommend you give ‘em a listen. Mr Bungle is never wrong… 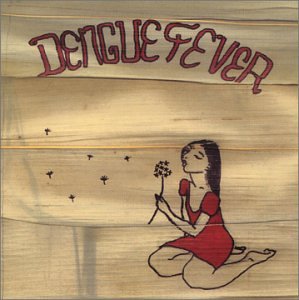 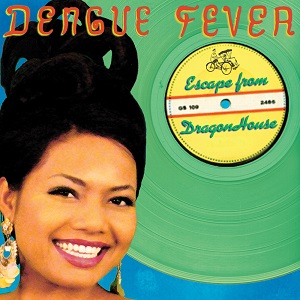