Do you love pumping your fist in the air to great kick-ass rock songs with lashings of keyboards, big drumbeats and searing guitar solos? Well if so then Delain might just be the band you are looking for. Once you have added the melodious vocals of Charlotte Wessels you will be spiralling off into symphonic ecstasy. This is a band who have been releasing and performing their melodic metal across the world for over ten years now. In the live setting they are a real powerhouse who definitely put on a show and this has been captured as a significant part of this dual studio/live release. From the embryonic performance a few of us witnessed at JBs in Dudley back in 2010 they have taken the opportunity to raise the bar with every successive chapter and carved out their niche within the genre.

Hunter’s Moon is the final part of a trilogy that includes their EP ‘Lunar Prelude’ and album ‘Moonbathers’. The album opens up with four brand new studio offerings which showcase a taste of what to expect from the forthcoming studio album due out later this year. Dreamy ambient angelic vocals introduce us to ‘Masters Of Destiny’ before Wessels blasts into a vocal performance that must have made her tonsils wobble. Digging deep she shows what a versatile voice she has with so many different tones along with the usual catchy chorus delivered in true Delain style. This is a real cool epic symphonic number with lots of orchestration and diversity. Kinds of takes the sound back to their ‘April Rain’ days with its drama and super hummable integrity. Don’t miss out on the accompanying video which was filmed in Iceland and enjoy the dramatic piece alongside glaciers, waterfalls, black beaches and of course the lead singer with her newly blonde coiffure.

The title track ‘Hunter’s Moon’ is more in the style of Delain’s recent output with its heavy production and poppy beat. The clearly structured sound captures the intriguingly varied musicianship which is assured but never gratuitous. Gothic and romantic lyrics sweep the track along accompanied by a dose of screaming from guitarist Timo Somers. Historically the majority of the bands output has successfully come from the pen of Martijn Westerholt (keyboards) and Wessels but this release sees the reins temporarily passed over to Somers on ‘This Silence is Mine’ and Merel Bechtold (guitar) on ‘Art Kills’. The former goes from a cascading electronica keyboard introduction to a full on death metal assault with some ethereal guitar playing. Concluding with some frustratingly growling and grunting vocals it is not typical Delain fayre. Subtract the closing vocals and it just about works. ‘Art Kills’ starts as a type of euro disco house music number with some nice heavier beats and riffs which shows off a new style for the band. Full of melody and sing along lyrics it sounds like another winning formula has been found.

Back in 2017 the Danse Macabre tour allowed the band to take Nightwish’s Marco Hietala out on a short European tour with them. He has made a number of studio contributions with Delain over the years and the remainder of the new release features him prominently collaborating on a number of the ten tracks from the Utrecht gig in the Netherlands. Encapsulating the feel of a live show really well tracks such as ‘Danse Macabre’, ‘Control The Storm’ and ‘Sing To Me’ raise the roof off and show exactly what appeals to the band’s loyal following. ‘Scarlet’ provides an emotional mellow moment with Eilanne Anemaat adorning the piece with her beautiful cello tones. With a blistering cover of ‘Scandal’ by Queen thrown into the mix this is a nice souvenir for fans old and new. One thing is certain with this live recording… you will be singing along by the end of the night.

Poetic, hypnotic and powerful this album keeps their rising flame burning brightly. They will surely be one of the acts to catch at the Download festival this year. 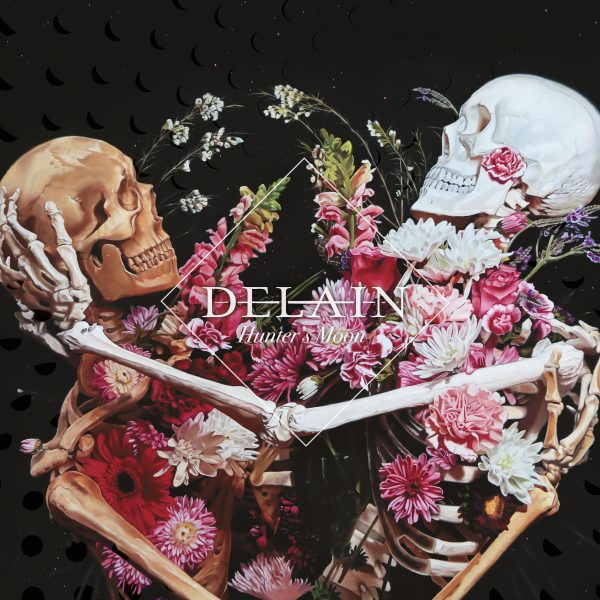