Sheffield’s finest returned to Download this past weekend and marked their third headline appearance with a complete run through of Hysteria, the multi platinum blockbuster that spawned numerous hit singles and was omnipresent back in 1987 and 1988. Fast forward thirty odd years and Def Leppard rocked Donington with an everything-but-the-kitchen-sink production that offered stunning visuals and a moving mid-set tribute to late guitarist Steve Clark. 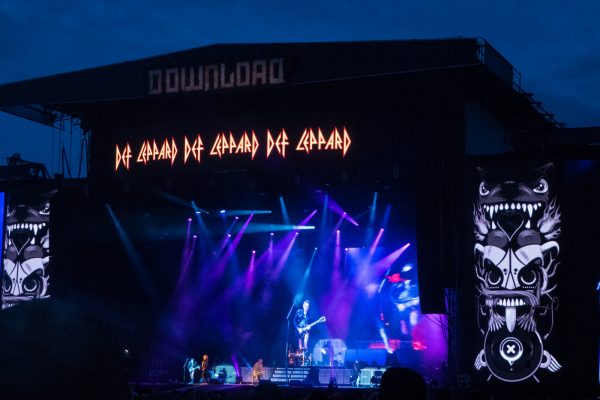 Leppard’s current line-up has been unchanged since Clark’s death in 1991 and his replacement Vivian Campbell set something of a Download first by pulling double duty, opening the main stage with Last In Line before returning several hours later to take up more or less the same on stage position with the headliners. Along with Phil Collen and Rick Savage, Campbell offers strong backing vocal support to Joe Elliott who may not hit the upper register of his heyday but remains a vibrant showman, engaging with the crowd and ensuring the veteran Rock icons deliver a slick and dynamic performance. 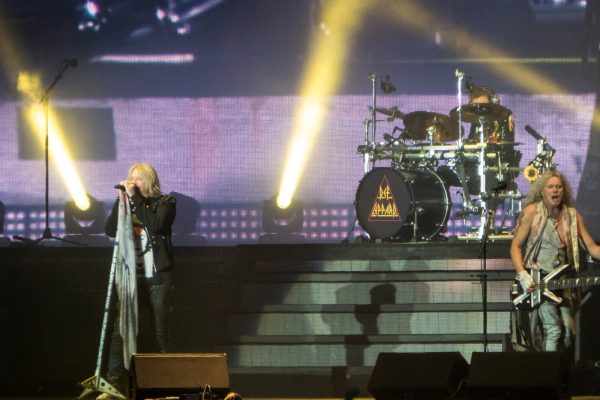 If there is an issue with the band ploughing through all of a riff-laden classic like Hysteria it is of course that the album’s really huge moments (“Animal”, “Pour Some Sugar on Me”, “Armageddon It”) all come during the first half. After the powerful opening six-song salvo the second half’s only true gem is the title track and after a long day trudging through ankle deep mud it is hardly surprising that the Donington choir is noticeably more muted for the likes of “Run Riot” and “Excitable”. The encore finds Leppard going even further back into their past with “Let’s Go” followed by the similarly titled “Let It Go” before sing-a-long anthems “Let’s Get Rocked” and “Photograph” closed the show in style.