The NIA is a long way from capacity this evening, the absentees no doubt dividing their time between the allure of great British baker Ruby Tandoh and yet another flatter to deceive performance from the national football team. No matter their diminishing appeal 2013 has offered more proof that Deep Purple can never be written off. Current release ‘Now What?!’ is unarguably the best offering so far from the post-Blackmore era and, whilst not quite ‘In Rock’ or ‘Machine Head’, fully deserving to be mentioned in the same breath as ‘Fireball’, ‘Burn’ and ‘Perfect Strangers’. And with five songs from the album sprinkled across the one hour fifty minutes set Ian Gillan, Roger Glover, Ian Paice, Steve Morse and Don Airey are very much aware they have delivered the goods this time around. 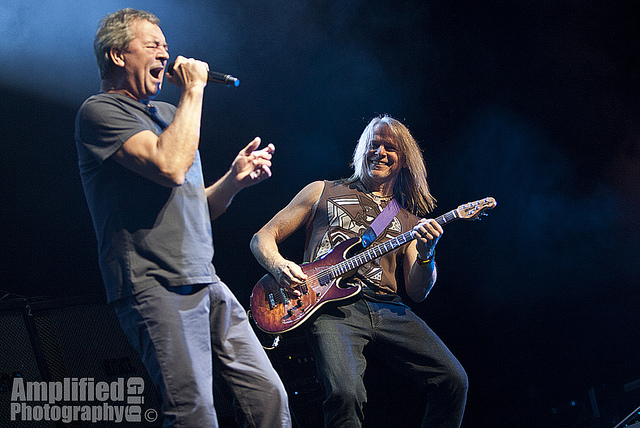 In truth whilst it is good to hear the newer songs ‘Après Vous’ makes for a low-key opening and it is not until the macabre Hammer Horror themed ‘Vincent Price’ that the show springs into life, Gillan complete with creepy Halloween mask. ‘Strange Kind of Woman’ should have been the trigger for the audience to rise from their seats but they remain unmoved, age it seems is taking its toll on everyone and not least the vocalist. Never a band to employ backing vocals this leaves Gillan exposed and he regularly takes off stage breathers as the four musicians play extended instrumental interludes. Morse and Airey are fine improvisers and each is allowed dazzling if lengthy solo sections, with even 70’s concert warhorse ‘The Mule’ being resurrected to give Paice time in the spotlight. ‘Above and Beyond’ is fittingly dedicated to the late Jon Lord, a stand out moment from the new album it is delivered with a touching sincerity. No doubt conscious of his limitations Gillan does just what he has to on ‘Space Truckin’ before Morse cranks out that riff and the audience finally takes to its collective feet. The always lively, knock about fun of ‘Hush’ gives way to another solo, this time from Glover, before ‘Black Night’ closes the show. 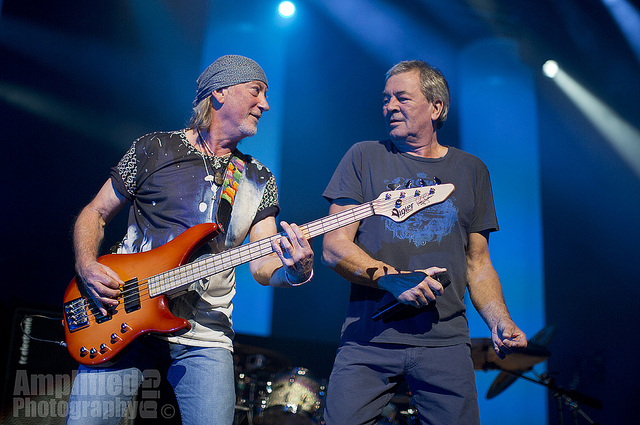 At the time of writing it has just been confirmed that Deep Purple have once again been nominated for the Rock and Roll Hall of Fame, the criteria for induction to said institution including “what influence have they had on music”. Last year they were overlooked in favour of Donna Summer; reason enough to send you scurrying off to your nearest guitar shop, turning the distortion on full and hammering the bottom E string as if your life depended on it. 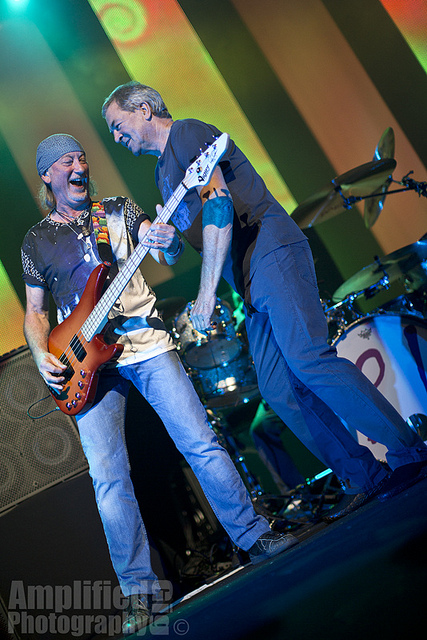