Deadland Ritual unsurprisingly drew a decent crowd for their mid afternoon slot on the Zippo Stage and the recently formed quartet of Matt Sorum, Steve Stevens, Franky Perez and Geezer Butler delivered a high quality, stand out set that encompassed original material and a nod to their collective pasts including Velvet Revolver, Billy Idol and (naturally) Black Sabbath. 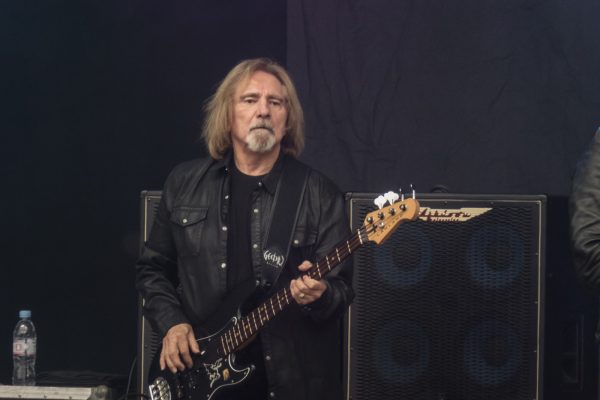 For anyone in the crowd who wasn’t aware of who Deadland Ritual comprised then ‘Symptom of the Universe’ was an opening statement of intent – Perez in fine voice and the trio’s heavy vibe built around Stevens’ crunchy guitar sound, Geezer’s thick bass and Sorum’s potent and energetic drumming. ‘Neon Knights’ was a surprising choice and it is refreshing that DR are not just focusing on the Ozzy-era Sabbath tunes as there is so much more to explore. Perez added some additional percussion for the opening of ‘Slither’ and as both a vocalist and frontman he was mightily impressive, leaving the stage to shake plenty of hands and reveling in the audience response. 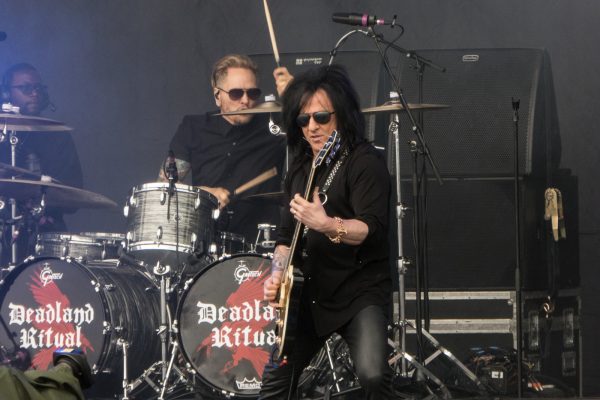 Although the debut album is not yet available the quartet powered through ‘City of Night’ and ‘Down in Flames’ which are highlighted by foreboding riffs and a contemporary metal sound that was enough to confirm they are not just going down the nostalgia route and see Deadland Ritual as something fresh, new and exciting. With ‘Rebel Yell’ and a blistering ‘War Pigs’ bringing the set to a close this was undoubtedly one of the festivals highlights and let’s hope a full tour and album announcement are imminent. 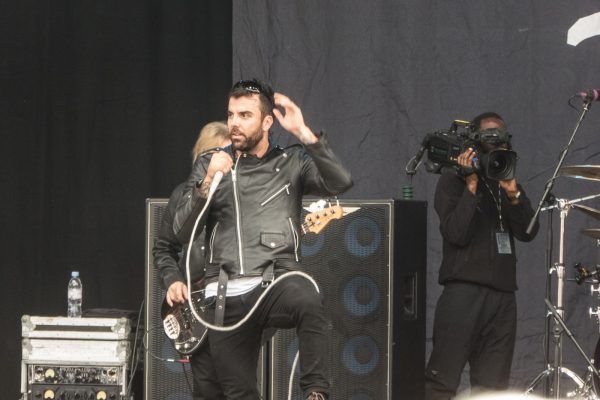