Releasing a record just over a year after forming a band isn’t something that happens too often in metal these days. Usually a band will form, give themselves time to build a half decent stage presence, release a couple of ‘rough around the edges’ EPs and then go all in for the record. In all honesty, there is absolutely nothing wrong with that approach and this approach has given some of our favourite and best musicians and bands on the scene time to grow. For Stoke on Trent’s Dead City Souls though, the conscious and altogether ballsy move to get a record out there for their fans and potential listeners to sink their teeth into is both commendable and damn right courageous.

However courage won’t take you too far in today’s cold and cruel music industry, what might take you far is musicianship. Luckily for Dead City Souls the five-piece prove on the first two tracks of their self-titled first release they have this in abundance. First track ‘Embark’ being a gentle instrumental leading into ‘Back Against’ which is anything but, The latter providing the kind of sing along lyrics and pulsating riffs that result in a song that will truly resonate and stick with most if not all audiences.

Followed up by the catchy but generally less impressive ‘Breathe’, the track itself is a quick reminder that Dead City Souls are still young and still very raw, it seems to have all the elements required to make a great metal song but fundamentally lacks overall cohesiveness that will only come with time.

The same cannot be said however for ‘Save Me’ which seems to be the stand out track from the record and definitely lead vocalist Jordan Davies’ most memorable performance throughout. When a song includes mature, well thought out lyrics and impressive, gritty riffs you know you have a hit, which is exactly what ‘Save Me’ is.

The final two tracks on Dead City Souls include ‘Hurt No More’ which feels a lot like earlier effort ‘Breathe’ in its lack of fluidity and cohesiveness. But the record finishes on as positive a note as possible ‘Watch The World Burn’ carries with all the force to takedown a skyscraper or two, bassist Glenn Culver is mainly to thank for this as he really brings the riffs of fellow guitarists Scott Pennington and Jay Meehan to life. Dead City Souls have got an absolute fan favourite in the making with this one.

The general naivety which can be found in some of the songs on this debut release can be forgiven not just because this is the band’s first effort in a short amount of time, but because the more memorable tracks on the album carry enough of a punch to make you forget all about any mistakes the band may have made throughout the record. One thing you will learn after listening to this album, Dead City Souls have potential. And lots of it. 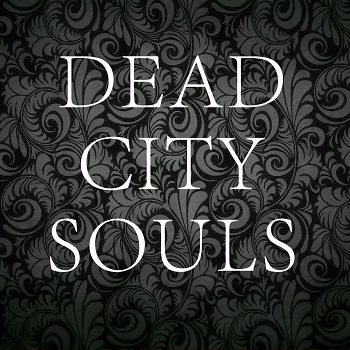