Having torn up stages with the likes of Fields Of The Nephilim and Wolfsbane, whilst releasing three solid 12” singles, when Birmingham’s Dawn After Dark split in 1991 they left behind some unfinished business. After reforming for a one-off gig in 2019 the vibes were such that they re-signed with original label Chapter 22 Records and set about (finally) recording their debut album. Aptly titled New Dawn Rising it’s a record that not only picks up where they left off but signifies a rebirth.

If you’re looking for high octane rock n’ roll then the search is over. ‘Maximum Overdrive’ is the appropriately monikered opener and it’s powered by the type of riff you wish AC/DC would still write. It’s a rumbustious rocker that sets the tone for the rest of the album; if you walked into a biker bar and a band were cranking out this tune then you’d know you were in for a good night. From the power chord that heralds its arrival to the cartwheeling solo that tails the song ‘Maximum Overdrive’, anchored by some hefty drumming, certainly packs a punch. With barely a pause for breath ‘The Day The World And I Parted Company’ follows hot on its heels and, with an almost psychedelic mid-section providing a little light relief, proves that Dawn After Dark are far from generic. There’s an invention present that demands your full attention and elevates the band above their peers.

New Dawn Rising’s production is a real boon and gives all the instruments room to breathe and ‘Dead On Time’, punctuated by huge white spaces, opens as if a lotus flower. Slow and sensual it smoulders like charcoal embers and sets things up nicely for ‘The Groove’. A snowball rolling downhill it gradually picks up speed and takes on new form until it becomes absolutely massive. On New Dawn Rising no two songs exhibit the same characteristics which means that it ebbs and flows like an old school album; it’s not just a collection of all out rockers, rather it ululates and slower cuts such as ‘When Will You Come Home To Me’ add a touch of variety. However, there’s a sense of urgency permeating this album, as if Dawn After Dark are making up for lost time and they literally tumble out your speakers on the high octane ‘Nothing Can Fulfil Me (Without Your Love)’.

Dawn After Dark are a difficult band to pigeonhole; think both Love and Sonic Temple-era The Cult and you’d be in the same ballpark. But don’t take the band for mere copyists as they’re rocking a unique groove and if you need proof then check out ‘Crystal High’. It sparkles like stars in a nocturnal sky with the twin guitar attack entwining the pounding rhythm section like poison ivy. Ensuring the band depart as they arrived ‘Truth And Freedom’ is a clamorous closer that swaggers with a bad attitude and finds vocalist Howard ‘H’ Johnson delivering his words with added bite. In fact, so bombastic is ‘Truth And Freedom’ (and pretty much the whole album) that the silence that follows is positively deafening.

Featuring never recorded tracks from their original tenure and brand-new songs New Dawn Rising tethers the band to their past but also signposts a bright future. Well worth the three decade wait.

* Not on vinyl version 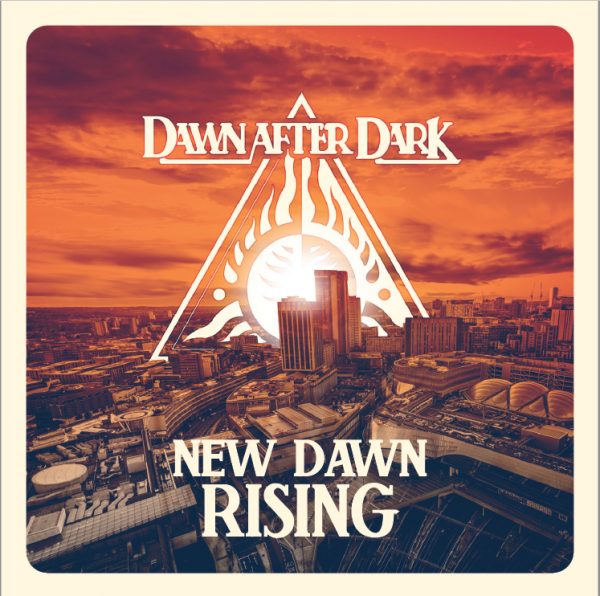