Thirty years after they first reset the black metal clock with A Blaze in the Northern Sky, Darkthrone remain a gift that is yet to stop giving. Always original, never dull, at times controversial, the two-man ensemble continue to hold a seat at black metal’s top table, their stubborn refusal to perform live merely an irritant rather than a deal breaker.

Astral Fortress is their 20th album and while it reflects changes in their craft, as there quite rightly should be over a career spanning four decades, Nocturno Culto (vocals) and Fenriz (everything else!) remain as enigmatic and enthusiastic as ever.

Mystery has always been an integral element to black metal and this enigmatic union of musical minds have stayed true to that ethos by never opening up about song content. On this latest album it is merely enough though for Fenriz to state… ‘it is darker than ever, it is seething with hell’.

A black metal family tree is a thing of fascination with so many crossovers and interdependences at play. No matter which version you choose to pore over, the name of Darkthrone always remains a deep and defiant fixture.

Throughout their career, the Norwegian cvlt couple have maintained a consistent output, and so it remains with the duo making a speedy return to the incongruously named Chaka Khan Studios in Oslo, barely a year on from the release of the excellent Eternal Hails.

Astral Fortress begins with the bewitching ‘Caravan of Broken Ghosts’, sluggish in demeanour with Nocturno barking agitatedly across a barren frozen soundscape, with just a few lightning strikes of Darkthrone devilment stirred in for good measure. 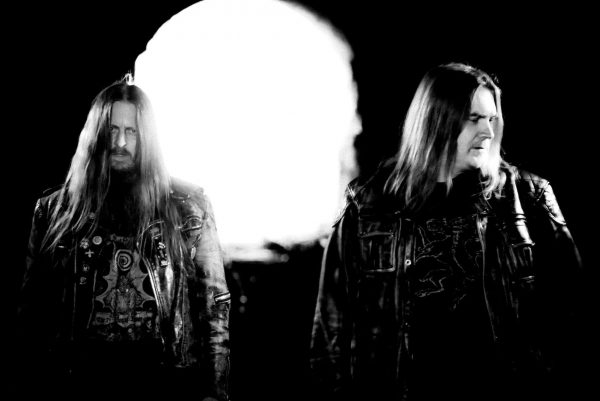 ‘Impeccable Caverns of Satan’ opens with suitably crushing Sabbathian strokes from Fenriz before our roguish protagonists stumble across the kind of riff gift that you can hang your coat on. Menace oozes through the heavy grooves with Nocturno mustering a few of his perfunctory grunts to add further atmospheric relish. ‘Stalagmite Necklace’ settles into a rhythm early and goes with that, before some shimmering transcendental patterns sprinkle a brief flurry of warmth over an otherwise frozen terrain.

At just over 10 minutes, ‘The Sea Beneath the Seas of the Sea’ must be one of the band’s lengthiest compositions, without trawling through every track across what now totals as 20 Darkthrone albums. As you would expect this is a blastbeat-free doomy voyage, the momentum gloriously balanced across the first part of what grows into a memorable journey. Illuminated by a magnetic hook that is near impossible to wrestle clear of, ‘The Sea Beneath the Seas of the Sea’ is an utterly majestic composition, porter dark and infectious, with a killer synth line pirouetting throughout a tumultuous second half of the track.

The shorter ‘Kevorkian Times’ is less lavish, a more aggressive snappier number with echoes of some much earlier Darkthrone moods.  After a fleeting wispy instrumental moment of reflection, Astral Fortress closes energetically with ‘Eon 2’.

Nothing on Astral Fortress suggests that Darkthrone’s pioneering reputation is in any way in need of reviewing. Labels are best saved for items in a shop rather than genres of music and others spend far longer debating Darkthrone’s black metal credentials than Nocturno and Fenriz.

All that really matters here is that Astral Fortress connects on numerous levels and is utterly compelling in its wizardry at times.

Astral Fortress was released on 28 October 2022 via Peaceville Records 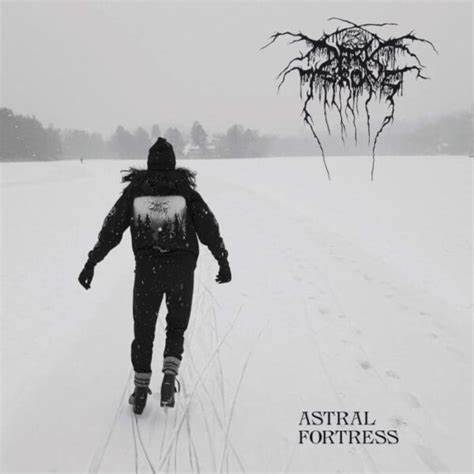