When it comes to Black Metal, it’s fair to say that Peaceville Records know their corpsepaint. So you can rest assured that a compilation release from the northern label, titled Dark Side of the Sacred Star, simply has to be worth a look. Bringing together some of the finest and most interesting names currently on the label, most of the acts will be familiar with black metal devotees.

Norwegian firebrands Mortem get things after to a fairly rumbustious start with a track specifically crafted for this compilation, the band’s familiar synth sounds ensuring a spectacular opening throw of the dice.

While RUïM is on the surface a new name to most, in fact those behind this new project are household names – assuming you live in a black metal household, with Vltimas and ex-Mayhem guitarist Blasphemer taking the guitar and vocals, as RUïM deliver a snarling start to what should be a project with promise.

Not all contributors to Dark Side of the Sacred Star hail from Nordic lands, with Sigh representing the Far East. Instrumental and inspired in equal measure, the Japanese underground legends deliver a new vocal version of their immersive track ‘Mayonaka No Kaii’. Sigh will be performing their first UK show in 12 years, alongside Birmingham’s own agitators par excellence, Anaal Nathrakh at Scala in London on 14 December.

Doedsmaghird seems very much like Dødheimsgard (more of whom later), the connecting point of reference being Vicotnik. This is a new project in which he summons the spirit and raw dark energy of early Dødheimsgard. The resulting chaotic frenzy is little short of a cauldron of hot lava.

No less discombobulating are Kvist who contribute a demo instrumental version of new song ‘Gærne Sia av Fjorden’ celebrating 25 years since their debut – and to date only – studio album For Kunsten Maa Vi Evig Vike.

Of the new black metal forces to have emerged in recent years, few have got close to Mork when it comes to keeping the old dark flames burning. They contribute a new track, and the first on the B side, in the smouldering ‘Alrunens Hevn’ hinting at further brilliance on the way from the mighty Norwegians early in the New Year.

‘The Secret Lost’ is a new track from the next Mortuary Drape album, and if this is the benchmark then the Italian veterans look to have something special on their hands once more. The masters of the macabre continue to reinvent themselves and this taste augurs well.

At the other end of the age scale, newcomers Avmakt provide a glimpse into their world, and a pretty hairy one it is too. Hailing from the Norwegian town of Kolbotn, the home of Darkthrone no less, if there really is something in the water, then Avmakt look to have taken a swig with plenty of impressive riff attacks and demonstrative percussion.

When it comes to blackened speed thrash, few have struck quite the right venomous chord as Scottish superpower Hellripper in recent years. A new album beckons but until then a rehash of speedball number ‘Mephistophelian Dreams’ will keep the wolves at bay.

The aforementioned Dødheimsgard deliver the longest track of the compilation in ‘Stemmen fra Evigheten’. The band’s figurehead Vicotnik even went to the trouble of creating a new track for Peaceville, and this shudders like a train without brakes, just about hanging onto the rails as the Satanic forces reach full force to frightening effect.

This highly successful amalgamation of the Peaceville posse, at least the black metal members, ends with Snorre Ruch from the creator of Thorns, with a vigorous instrumental summoning the spirit of Helvete.

Peaceville have more gems on show here than a high street jeweler, and the black metal acts to pass through their doors clearly remain in safe hands – impressive stuff!

Dark Side of the Sacred Star is presented on limited numbered vinyl and is released on 9 December. You can pre-order from Peaceville here.

A.5. Doedsmaghird – Then, to Darkness Return

B.2. Mortuary Drape – The Secret Lost 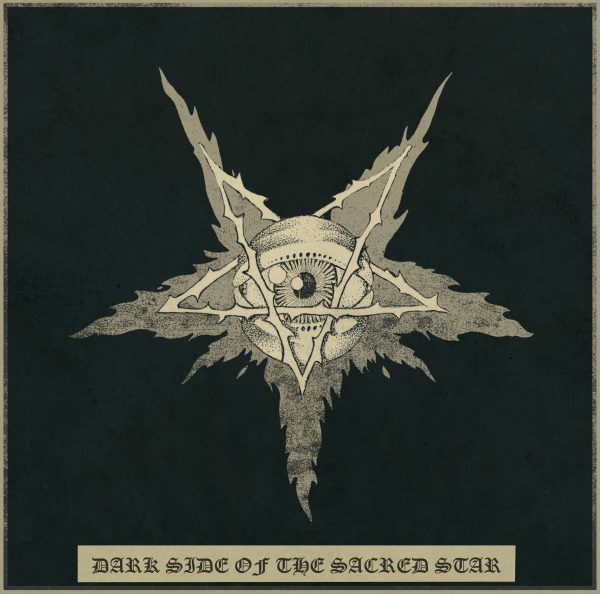