So, yeah, the blues. A staple. A building block. Most musicians learn the basics fairly early on. At its most elemental, it’s 12 bars, a doddle. But it takes a lot more to become a bona fide bluesman. It takes time, and life, and pain. Empathy and agony and balls and heart wrenching, bone breaking, globe trotting experience. A certain way of looking at life and deporting yourself and a journey to that crossroads – be it physical or metaphorical.

And so it is with ‘Revelation’, the fourth studio album from Danny Bryant. Bryant knew that this album would be a challenge. To get it right he would have to go back into the dark place from which he had just begun to emerge. Having, within the space of six months, lost his father and one of his closest friends, he wanted to address this with guts and candour – to produce not just a random collection of songs but a cohesive work that tackled themes as big as they come – loss, depression, life and death.

And it’s a resounding success. A dark, funereal paced, at times difficult to listen to success, but a success none the less. The title track sets the mood – mournfully slow, crammed with biblical imagery – hellhounds, waters stained with blood, and Bryant calling to his father while his faithful guitar howls in anguish. Buckle up kids, this ain’t gonna be an easy listen.

Ballads form the emotional heart of the album. Powerful confessionals where Bryant gets to step back, reflect and play some of the best guitar of his career. “I’m a man in ruins” he wails on ‘Isolate’ while one solo follows another, his fingers at least as expressive as his voice. However, ‘Shouting At The Moon’ is the big one, a painfully moving account of his last night with his father. Musically it’s gentle, low key – which fits in perfectly with the powerful emotions on display. There’s a genuine vulnerability to his voice.

And there are curveballs too. The upbeat big band roar of ‘Truth Or Dare’ and the live vibe and 70’s Deep Purple stylings of ‘Liars Testament’. The two cover versions on the album are also shrewdly picked – an acoustic John Mellencamp track and an off-the-beaten-track Howlin’ Wolf gem – adding to the overall mood perfectly. The album ends on ‘Yours For A Song’, an AOR style ballad which fades out only to roar back into life, accelerating recklessly – suggesting that perhaps Bryant has succeeded in getting this darkness out of his system, that it’s full steam ahead into the future.

This is an album recorded not out of obligation, but necessity. A dark album, tackling dark, personal (yet universal) issues. And isn’t that what the blues is about? Helping you face your demons and kind of dance all over them. There is a mish mash of styles but, like Neil Young’s classic ‘Tonight’s The Night’, they all unify to create a mood, almost an aural wake. It’s an album greater than the sum of it’s parts – a tribute, a valediction, an exorcism. A bluesman has to earn his title the hard way and DB has done just that. 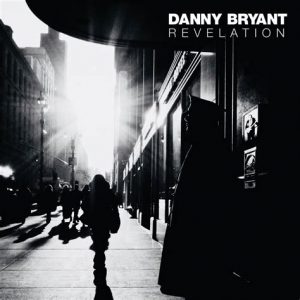