On a night for walking on stage to your own personalised theme tune Liberty Lies are eagerly tooled up by 7.40pm. A late addition, the audience is light on numbers but for the next half hour the five young lads deliver sonic thrusts, nu-metallic chords, tribal rhythms and – get this – AOR harmonies. There are effects at work being triggered that create an imbalanced sound at times but they jumble their bag of riffs and alter their tempos to genuinely keep my interest with the single release ‘Circles’ being of particular brutal beauty.

The crowd fills out some twenty minutes later. I suspect it’s not just because The Amorettes were previously announced as being scheduled to play but the fact that they also happen to be attractive young women. Hanna McKay kicks things off on drums as her sister Heather (bass/backing vocals) and Gill Montgomery (guitar/vocals) stride on like conquering heroines and proceed to go through every rock pose they can think of without playing the sex angle overtly, although the lyrics sound pretty explicit at times. Musically they’re playing at some weird axis where Crucified Barbara meets early Ted Nugent without the stranglehold guitar solos – those in fact tend towards being presented in a precise structured manner, whereas it’s the lead vocals that opt towards the screaming savage variety. Mixing their set between AC/DC style hard rockers and more metallic histrionics, these Scottish ladies call it a night with a number called ‘Hard & Heavy’ and I’m assuming the innuendo’s intended, the crowd singing along and giving them a warm send-off on its conclusion.

Opting for a casual saunter across the stage, John (JC) Calabrese and Rich Knox pick up their instruments and turn to watch a cool looking Danko Jones join the rest of the band as they launch into ‘The Rules’. It’s during Jones’ first bit of vocal rapping where you start to take serious note of Knox; he’s constantly at work, keeping the tempo, striking the changes and driving the beat inventively. That Danko Jones will get through around twenty numbers tonight it’s no surprise they’ve got through a couple of drummers already during their time together nor that Knox’s hair’s wringing wet with sweat by the third number. This guy’s got the goods and delivers! Without pausing they’re into a harder version of ‘Play The Blues’ than on record. Like some unholy union of Dave Lee Roth and Henry Rollins, Jones’ lipping away and giving it some over the hard rugged riff of ‘Sugar Chocolate’ that gives way to the funk rock of ‘Forget My Name’ and is followed – ironically – by a euphorically played ‘The Twisting Knife’.

It’s only now that they take something of a breather, Knox is still tapping away mind you and Jones is making wisecracks about how crowded the venue is. He’ll rarely introduce a song by its title, and they’ll often lurch from one song to another. Sometimes that can be a tad confusing for the unconfirmed fan, but it’s a jubilant ride of unadulterated rock that rolls with the punches, thriving on Ramones’ speed hutzpah one minute and Thin Lizzy hard groove the next, that their singer’s street poetry shapes up pretty well against Joey and Phil’s also has to be acknowledged.

The double-pronged attack of the coy coupling that is ‘Do You Kiss On The First Date’ and infectious metal jitterbug of ‘Do You Wanna Rock’ is one of the night’s highlights, the crowd with their arms in the air, and dancing about; a large ginger-bearded bloke proving himself a particularly cool mover. There’s some glorious bass walloping from Calabrese on the first and Knox’s cowbell works overtime on the second.

A number of the crowd seem unfamiliar with ‘Legs’ during its first verse, but its hard rocking funk accentuates Jones’ lyrics and they soon begin to approve, and he’s in particularly good singing form during ‘Invisible’. He’s also quite happy to offer guitar tips, joking that he’ll be standing by the microphone when playing chords but wandering across the stage to play his solos (so everyone gets their money’s worth). By the time they get to a glorious’ ‘There’s Gonna Be A Fight Tonight’ I’m absolutely worn out, and that’s just from watching them and trying to take it all in, yet I’m in rapture along with everyone else when they cover Thin Lizzy’s ‘Are You Ready’ as their first encore. But the show’s far from over, the band go into punk overdrive for ‘Body Bags, tear through ‘Full Of Regret’ and deliver a passionate version of ‘Mountain’ as official set closer – Probably the first time Barry White and Lou Reed have been mentioned in the same sentence as Jones honours those musicians no longer with us.

Liberty Lies and The Amorettes were pretty good entertainment for a Tuesday night in Wolverhampton, but Danko Jones help take you to a better place for an hour plus, making you forget there’s work or a dole queue tomorrow… And even when that happens, you still find you’re whistling their tunes. 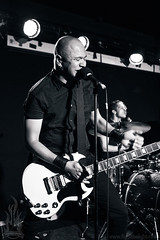 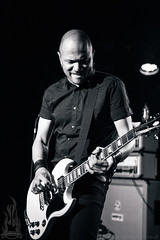 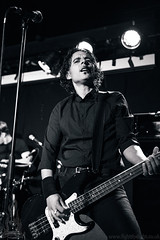 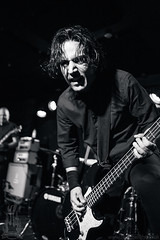 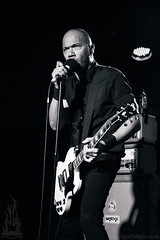 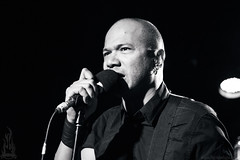 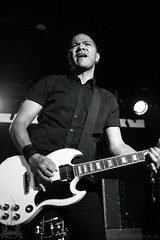 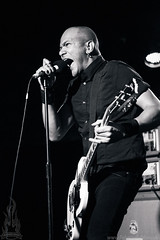 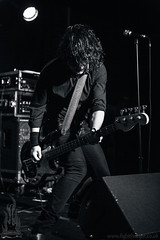 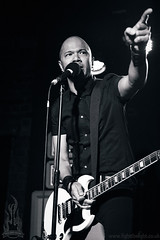 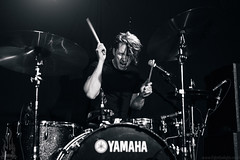 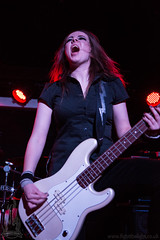 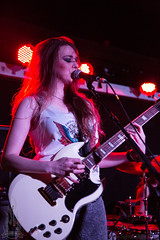 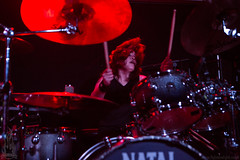 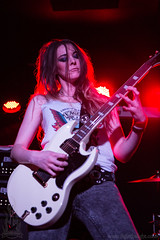 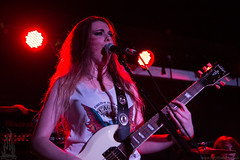 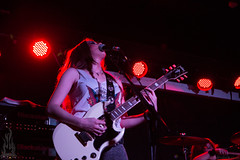 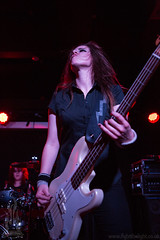 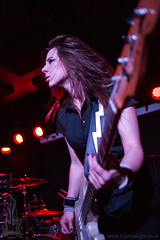 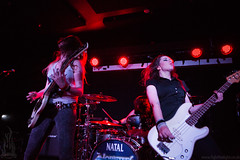 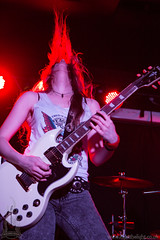 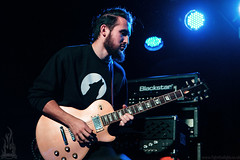 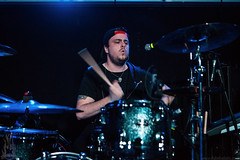 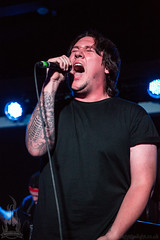 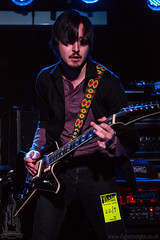 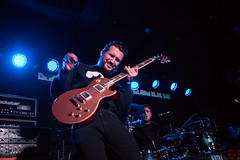 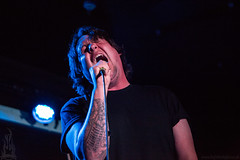