Well, she’s not Midlands-based, and only a deaf HMV employee would file Dani Wilde under ‘Rock’, but if there’s one thing we love at MR it’s a challenge. Songs About You is the fourth studio album from the Paul Jones-acclaimed country/blues songstress, and it aims to build on her impressive track record of iTunes #1 Blues singles over the past few years.

Kicking off with the undeniably country ‘n’ western (both kinds!) Open Road, it’s a toe-tapping, easy-on-the-ear early-summer offering. There’ll be nothing here to surprise anyone familiar with the influences like Bonnie Raitt, Bill Withers and Sheryl Crow cited by Wilde, but as the style shifts through soul and blues towards gospel on mid-album Flame there’s the feel of an unchallenging cruise down a smooth open road with the top down; it’s very easy to see why she’s become pretty well-rotated on Radio 2.

That’s not to say the Songs About You is bland; sure, some of the tracks seem well-suited to being shoehorned between Ed Sheeran and Joss Stone as wallpaper music at some hideous middle-class dinner party, but there’s some heartfelt lyricism and deftly subtle instrumental touches going on, gelled together by a very smooth overall production.

It’s difficult to recommend the album to our readers who gravitate to Midlands Rocks  for the heavier end of the musical spectrum, but for anyone with a palette broad enough to accommodate a bit of well-crafted soul-infused country-rock you could do a lot worse than to give Songs About You a spin over the summer. Try it, you might like it. 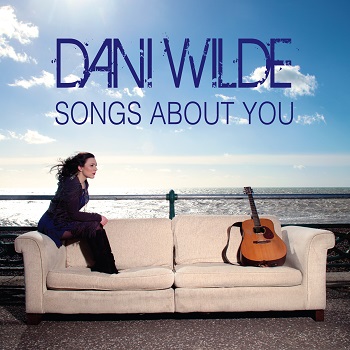