“Take a knee and listen, man”

So, barely a year after the release of his brilliant ‘Dear Silence Thieves’ album, South African blues rocker Dan Patlansky keeps the momentum rolling with this, his latest offering, ‘Introvertigo’. Despite being his seventh album, ‘Dear Silence Thieves’ was his first to get any press or real attention over here and it was a blinder, instantly waking us up to the presence of a serious new blues gunslinger in town. Patlansky then toured in support for Joe Satriani and hey, if you’re chosen to share a stage with ‘Satch’, you’ve got to have chops! He more than held his own and was certainly getting noticed.

And now, here comes ‘Introvertigo’ – defined as that feeling of panic and near freak-out experienced by an introvert in the company of an extrovert. Well ok, maybe a lot of these songs address issues of concern, empathy and insecurity but, take it from me, this album is no shrinking voilet!

We blast off with ‘Run’ (see above) – a big riffed, shoutalong rocker with a howling wah-wah storm of a solo. It’s an odd choice for an opening song and perhaps the albums weakest track, but fear not, that means it can only get better from here. And it does. There are a variety of styles on this album – 12 bar blues, ballads, piano reveries, 12 string acoustic delta intro’s but, on the whole, it just rocks. It’s the first thing you notice. ‘Dear Silence Thieves’ was relatively mellow, Patlansky was in the process of honing and polishing his songwriting skills. This time it’s all…bigger. The songs hit harder, and the sound! It’s fuller, louder, ballsier. Patlansky’s guitar sound is huge – greasy, slinky, raw and loose, you can hear his fingers sliding across the strings – he’s slipped his leash this time.

The gathering storm clouds of ‘Sonnova Faith’ morph into epic Hendrix riffage. And again, the soulful playing on ‘Bet On Me’ recalls ‘Little Wing’ – perhaps Jimi’s most beautiful moment. Stevie Ray Vaughan’s effortless style and attack are always there too but the overall sound is 100% Patlansky. The ballads, too, are flawless. ‘Loosen Up The Grip’ has echoes of The Red Hot Chili Peppers in its slinky melody and the slow blues of ‘Still Wanna Be Your Man’ builds in emotion until his Strat is crying on its (figurative) knees, testifying. The album roars to a finish with the dirty, sleazy sounding (and brilliantly titled) ‘Queen Puree’ – Dan wailing over the rumbling, swaggering distortion.

Introvert my foot! This is gutsy, classy and assured. Patlansky is getting noticed for a reason and this will consolidate his position. ‘…Silence Thieves’ was the first stop heading towards this destination. At no point does he neglect his impressive songwriting skills but this time he brings back the punch and pyrotechnics, and they are all merged to world-beating effect. Some lazy reviews last time out lumped him in with Mr.Bonamassa but Patlansky is a different propostion, always with something more interesting to bring to the table lyrically than the usual blues cliches. He also has what many blues players lack…funk. He’s looser, groovier and more instinctive than his peers. As he sings at one point, “the blues police are out in force, harrassing someone else” – damn straight, they know better than to roust Dan the Man these days, he’s connected. Watch him fly. 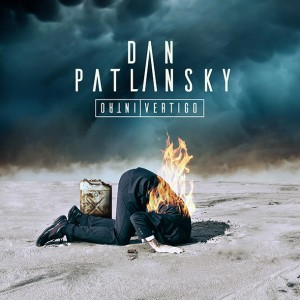