Momentum seems to be building for South African blues singer-songwriter Dan Patlansky and Dear Silence Thieves, his 7th solo album, could see him groove his way into mainstream popularity. The silence thieves of the title are those slightly annoying folk who insist upon having loud conversations during gigs and so the title hints that perhaps this is an album you need to listen to, rather than just having on in the background while you air-guitar.

But then Patlansky makes that easy by starting off with the Lenny Kravitzy ‘Backbite’ – a slinky guitar and Stevie Wonder style clavinet riff leads us into this seriously funky rocker. Although Patlansky clearly has Mississippi river water running through his veins, he is no starchy blues purist – funk pops up and boogies again on ‘Fetch Your Spade’ which manages to be heavy, melodic and Hendrixy. But don’t worry, da blooze is here in abundance – ‘Pop Collar Jockey’ has a swampy, stately riff and muddy slide work while ‘Your War’ is a moody, nocturnal slow blues, wth smoky vocals and a solo that’s tasteful and restrained… until it’s time not to be restrained. Gary Moore’s Blues For Greeny album comes to mind.

Patlansky has been at this long enough to not need to show off – he’s had 6 previous albums to get that out of his system. This album is shorn of any excess baggage. We know he can play – the emphasis is on songwriting here and it’s good. Very good. ‘Hold On’ is a beautiful atmospheric ballad with emotive guitar and ‘WIndmills And The Sea’ is acoustic and insistently melodic. The quality of songs is incredibly high, it’s what puts him, for me, ahead of the rest of the blues pack!

The album ends gently with ‘Madison Lane’ but fear not, it’s not all mature introspection – ‘Taking Chances’ blows the roof off and throws us into full-blooded SRV territory. But what swung it for me and made me a fan was ‘Only An Ocean (Reprise)’…I was confused, a reprise to what? Yet it sounded familiar and sure enough, there it was on his 2006 album ‘Real’ – 9 years between songs, now that is laid back! And the join is perfect, it carries on flawlessly from the mellow jam at the outro of the original and for me sums up Dan Patlansky – bluesy, confident, relaxed and with all bases covered – style, songs and chops!

Apparently Springsteen stood off stage and watched Dan’s entire set when he supported The Boss in Jo’Burg last year and I suggest that we all do the same when he’s back on our shores later this year supporting Joe Satriani. You won’t be disappointed. 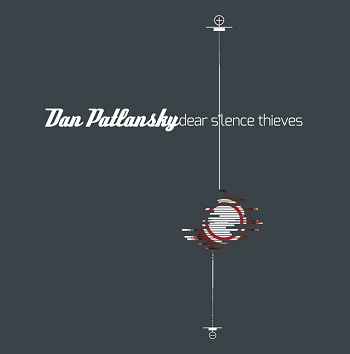