If your only exposure to multi-instrumentalist Damian O’Neill was via his explosive guitar work with pop-punk rowdies The Undertones then his third solo album, an crann, might take you by surprise. Far more nuanced and layered than his other work, (which also includes That Petrol Emotion and The Everlasting Yeah) an crann is Irish for ‘tree’ and that’s particularly apt. It finds Damian’s roots reaching deep and his branches spreading wide, and while traditional Irish folk is an obvious influence this isn’t a parochial affair and Damian paints his sound from a wide palate and the result is an immersive album that’ll take you on a musical trip.

The rather sedate nature of opener, ‘Máo o Menos’ is the complete antithesis of The Undertones…or is it? It has guitar and organ that entwine in a ‘60s psychedelic soup, and don’t forget, that edgy Nuggets sensibility was a big part of the genetic makeup of Derry’s finest. This track is far removed from those fuzzed up blasts of pop punk, yet it’s inextricably linked, and we can draw a direct lineage through Damian’s other work. There’s something about the notes which Damian employs that resonate with the listener on some primordial level. The notes echo from a distant time, yet the song carries you forward, and this gentle tug-o-war will reverberate throughout an crann. When he plucks the guitar on ‘Malin Head Imminent’, it’s as if he is reaching deep into your soul and pulling on your heartstrings, and the sounds he conjures realign your body’s molecular structure to alter your very psyche. Sometimes this can make for an uneasy listen, such as the discordant ‘Lament For Loughinisland’ (which could have come straight from the Taxi Driver score) but it always demands your full attention.

Until I heard this album, I never realised what a great musician and composer Damian was. Sure, he wrote and played on some of the biggest anthems of my youth, but his talents tended to get lost in the melee where everybody was screaming for your attention. On an crann, Damian (mostly) plays all the instruments, and this gives the album a singular vision, but don’t mistake that funnelled focus as genericism because this is an album that’s constantly evolving. From the almost motorik, Krautrock rhythm of ‘La Tengo’ we take in some trad folk with ‘Manannán mac Lir’ before ‘New Loft Trio’ dresses itself up in Oriental clothing. Three markedly different tracks follow in succession, yet they (and the whole album) flow smoothly, and this is where Damian’s tunnel vision comes to the fore and pulls these different strands into a cohesive whole. Progressive closer (shock! horror!) ‘Round and Round’ brings the album to a haunting conclusion…but there’s a nice sting in the tail.

If The Undertones provide the soundtrack for a boozy Saturday night (if you’ve seen them live you know what I mean) then an crann is tailor made for a contemplative, preferably rainy, Sunday afternoon. Lock yourself away with this album and let its sounds wash over you. You won’t be disappointed. 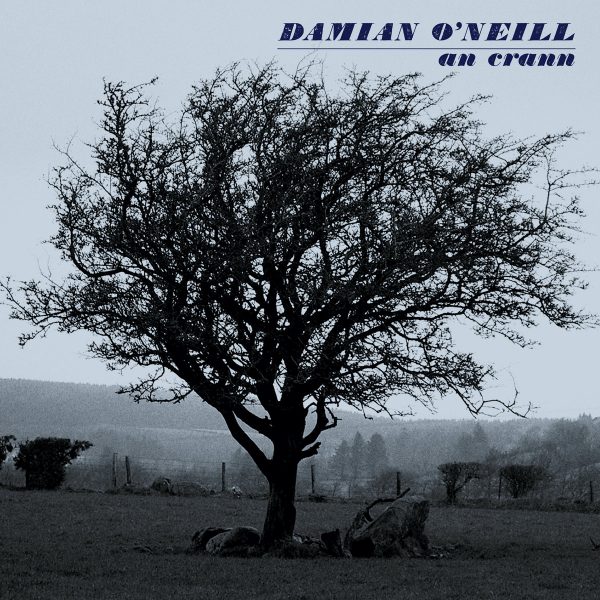