Daemona created quite an impression when appearing on the Nervosa-headed bill at the Birmingham Asylum last August.

Violent, angry, abrasive, scary – take your pick they all pretty much sum up their performance. At the metaphorical eye of the storm was a diminutive frontwoman scarcely visible to anyone not standing directly in front of the low stage.

Her presence though was unmistakeable as she filled the room with anguished cries and garbled barks that went someway to explaining why she goes by the confrontational stage name of Nina, The Cuntess, Pain. 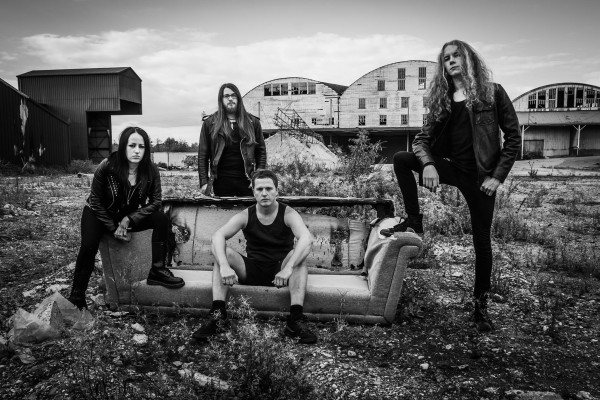 Sharing a few words with her after their face-melting set revealed a Suffolk heritage. Up until now their sole recording has been the ‘II Demone Dentro’ EP. The East Anglian agitators are now ready to follow that up with The Demon Inside.

A fuzzed up intro develops into a neck trembling riff with Nina’s deep guttural growls cascading forth with a satanic flurry of fur ball like barks. It’s rampant and raw but with some real meaty licks interjecting some timely tempo changes.

Essentially a burning death metal ride that will trigger nods of approval from Dying Fetus, Cattle Decapitation and Cannibal Corpse fans, it in some ways fails to do justice to the overwhelming stench of degenerative darkness Daemona unleashed at the Asylum.

That’s not to criticise, however. It merely reflects that this song is the first stone in the pond. The ripple is set in motion and that will surely develop into something more akin to a tidal wave when the four-piece lift the lid on their debut album later in the year.

You’ll get the chance to experience the full wrath of Daemona when they return to Birmingham to play at Scruffy Murphys on 2 July. 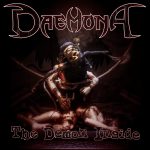