Eight years after the magnificent Disneyland After Dark, D-A-D remain intact – Jacob Binzer, Stig Pederson, Jesper Binzer and Laust Sonne – the most re-punctuated band in rock history. And it’s immediately obvious that the passage of time has done nothing to cloud the clarity of the band’s musical vision. If anything they have become even more focused, distilling their sound to the essential ingredients of rock. Passionate, articulate, compelling.

The casual religious reference in the album title is no accident. Apart from the evangelical fervour and bulldozing rhythmic crunch of opening track ‘Burning Star’, A Prayer … is rooted in the born-again blues that gave birth to rock’n’roll, only briefly, intermittently interrupting its galloping pace to allow vocalist Jesper Binzer to speculate on where God lives.

The title track and ‘The Real Me’ are hulking bruisers, merging the fine tuned religious intensity (and imagery) with windmilling power chord action, breaking ground for the fierce, undiluted hard rock philosophising of ‘No Doubt About’ (“paradise is too far, but we’re close enough for rock’n’roll”), and the note bending fatalism of ‘Time Is A Train’ (“yesterday’s gone and tomorrow won’t come”). These are songs that demand to be heard in the most huge of huge arenas, and this year, they will be.

‘Happy Days In Hell’ – a helter skelter tale from the edge – and the downhome, satisfyingly soulful ‘The Sky Is Made Of Blues’ are exhilarating fresh twists on melodic hard rock, one sounding like Pulp gone off the reservation and the other elbowing its way into Stones’ territory.

The refreshingly honest philosophy of the half sung, half spoken ‘If The World Just…’ might just put you mind of Bob Marley, and is a magnificently apposite way to close a profoundly satisfying album.

And on the back of this new recording, the band will be touring all the major festivals in Germany, Sweden, Denmark, Finland and Norway this summer, as well as multiple concert venues throughout Europe. 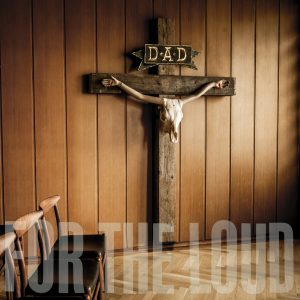