Following up an album as astoundingly successful as Mariner is a challenge of the highest order in anyone’s book. The make-up of Cult of Luna’s outstanding 2016 release was also on a different plateau entirely due to the enriching collaboration of working with Julie Christmas.

The seal on what was initially meant to be a studio alignment only, took on an even greater reach and dimension when the New York-based singer joined Cult of Luna for a handful of memorable live shows, Damnation Fest in 2016 among them.

So no Julie this time, just the six Swedish guys who first launched this most innovative of musical ventures with their self-titled debut album in 2001. The great news, and let’s get this out there from the start, is that in A Dawn To Fear Cult of Luna have once again created a truly immense piece of work. It sounds big, and its expansive pull makes A Dawn To Fear a shoo-in to figure in those end of year polls in a few months time.

In their own inimitable style the Swedish ensemble shift between harsh attacks that almost claw your flesh from its bones with shimmering soundscapes that create an altogether more melancholic hue. ‘The Silent Man’ is perhaps a more aggressive opening kick that some fans would be expecting and while softer strands do occasionally filter through this nevertheless remains a blisteringly bleak opening track.

And nor do things get much warmer on the slow march of ‘Lay Your Head to Rest’, a song with hints of Amenra as the intensity is heightened by Johannes Persson’s tortured cries. The Cult of Luna songwriter has spoken openly of some difficult times he has gone through in recent years on a personal level. Songs such as this do then appear at times to provide something of a cathartic experience and the pain levels are both exhaustive and tangible.

Under no filing system could Cult of Luna ever be placed under ‘easy listening’ and while the album’s title track does stir slowly into life with more restful riffage laid out on tinkering percussive paths, the vocals when they arrive have a haunting dark depth. Atmospherically reminiscent of the likes of the Sisters of Mercy, minus the Goth garb of course, some of the stirring guitar work cuts through the darkness like a knife through butter.

While the tempo remains constant, the angst levels are ratcheted up towards the end as an unmistakable sense of dread and impending doom slowly spreads like a blanket across Cult Of Luna’s intricately woven patterns.

It takes the somnambulant ‘Lights on the Hill’ a while to grow into itself but once the tip-toe intro is navigated without incident the whole shape takes on a more industrious feel, and towards the end of the song that shackles are off completely and the Swedes deliver another devastating justification of their prodigious talents.

While there’s no shortage of emotion here, it’s probably at its most raw on the meandering ‘We Feel The End,’ in which anguish seems to almost hang like a teardrop off some of the majestic grooves. ‘The Fall’ is another lengthy piece, the album closer ensuring the final running time clocks 79 minutes.

More important than the clock though is the quality and it’s difficult to surmise that this release is anything but their best to date. Live it promises to be spine-tingling and a chance to catch Cult of Luna at one of the forthcoming dates should not be passed over lightly.

Review by Paul Castles
A Dawn To Fear was released via Metal Blade on September 20,2019 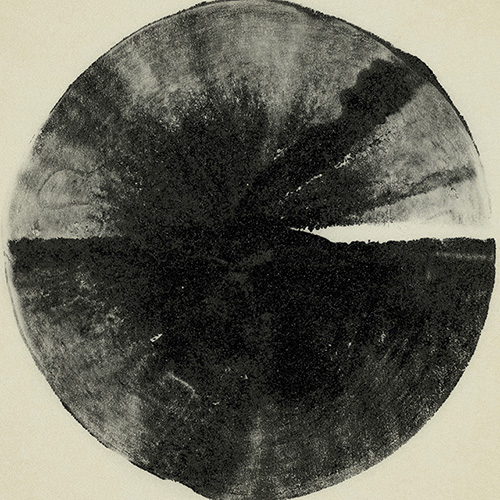