All reviewers want a ‘Jon Landau’ moment. To be there at ground zero when the real things rocks up, and trust me, Crowsaw are it! This three-piece from out of the South Wales borders came together in 2012 as a covers band but quickly started writing their own stuff and have just released this earth scorcher of a debut. The ‘heavy blues rock’ tag doesn’t do this justice. This album isn’t just a collection of influences, we’re not getting away with anything that straightforward. All of the influences and touchstones are ingested and mixed up and stormed out as something that is uniquely ‘Crowsaw’. They really are their own band, no one else sounds quite like this. It’s dirty, two-fisted, spit ‘n sawdust blues rock…with some serious hairpin twists. Much of this has got to be down to Rob ‘Batdog’ Lomax – a new name to add to the esteemed list of Telecaster-wielding guitar heroes – although his isn’t the choppy, rhythmic sound of Strummer or Wilco Johnson… huge sounds more akin to a dying Strat are wrung out of it.

The band thunder out of the gate with the scruffy riff and gritty vocals of ‘Skin And Bones’, while ‘Money’ is propelled (courtesy of Elvin Robinson) by a drumbeat that Philthy Animal Taylor would approve of. The blues influence begins to appear with the title track which has a ‘Back In Black’-ish riff and a greasy Billy Gibbons solo. And when they do play out and out blues, such as the John Lee Hooker intro shuffle of ‘Let Me Know’ it sounds totally authentic… until some good olde English powerchords gatecrash the party and give it a bit of a kicking!

The sky-scraping riffs and Bonhamesque drumming continue until we hit ‘Bitch Blues’. This, as they say, is the business. A rumbling bass intro (hats off to Glyn Mason) leads us into a lumbering, completely unique take on the blues. Imagine, if you will, Tony Iommi playing Hendrix playing Muddy Waters and you’ll only be part way there. And don’t forget those twists. ‘Dog Of Nine’ starts with an almost AOR-ish melodic verse before a huge, dive-bombing, descending riff materialises completely out of leftfield taking the song to a radically different place while a pyrotechnic solo of almost Steve vai proportions caps it all off. If the Wildhearts tried to play the blues…

So, a genuinely, eye-poppingly talented band doing exactly what it wants and doing it well (they recently trounced 19 other bands in a competition to secure a place on the last HRH Blues Fest). Yes, it provisionally is blues rock but, much like Rory Gallagher, they’ve grabbed it by the scruff of the neck and made it their own, re-energising and slightly re-inventing it in the process. This album is only available through the bands website, you’d be a fool not to grab it and join the ‘I wuz there’ contingent before they get huge. 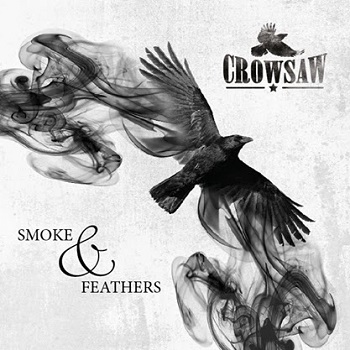