Crowsaw‘s debut LP, Smoke and Feathers, was, for me, one of the albums of 2014, an assured, individual collection of surprisingly heavy blues infused rock. So, when news of a new EP and a change of direction surfaced, the decision was a no-brainer, I leapt at the chance of getting my paws on it!

So, what do we have here? Lead track ‘The Answer’ starts off with a melodic slow burn of an intro – Crowsaw doing their Crowsaw thing, and then… boom! A metallic chug leads us into a tuneful metal epic worthy of Alter Bridge. The song is restless, urgent, demanding to be heard – 3 or 4 great songs welded together to form one stunning one! It builds in intensity towards a dazzling proggy solo, it feels like a 20-minute Dream Theater epic stripped of any excess baggage and condensed down to 4 minutes – which is no bad thing.

And from there on in it just gets better. ‘The Colours’ kicks off with an electro-y, techno-y intro before a huge, robotic bass thud ushers in  the complex prog riff while still managing to never lose sight of a keen sense of melody. The musicianship is incredible – the band playing as an organic unit – capable of screeching to an emergency stop and hanging over the precipice of silence as deftly and playfully as Zep!

And then comes the phenomenal riff of ‘Believe’. Rob ‘Batdog’ Lomax had hinted at riffs like this before – ‘DImebag’ Darrell was always looking over Willie Dixon’s shoulder – but this is something else… it ducks, dodges and side steps while pushing forwards like some bio-mechanical war machine evading enemy ordnance! The riff is pulled, moulded sped up and held back masterfully before an eloquent solo tears through the firestorm!

The blues is now nowhere to be seen… it has been soaked up and kicked into touch. This isn’t a change of direction, it’s a band finding itself – evolving and becoming before our very eyes. Whether they are or not, they sound supremely confident, the musicianship has ratcheted up to a whole new level and despite the neck-snapping heaviosity it is still inherently tuneful.

To quote a punchline from a very old gag, “stand back, I don’t know how big this thing gets!”. This EP is a brilliant taste of what’s to come, the band are evolving at a rate of knots and if they keep going like this who knows how mind blowing album no.2 will be! 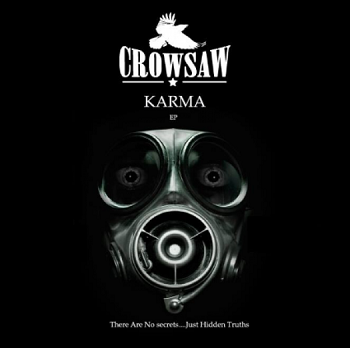