To appreciate the value of this album, you must know the history behind it. This is the debut CD of a Swedish band called Crazy Lixx… issued in 2007. The very fact that Frontier Records have decided to re-issue it after all those years speaks for itself. The band, originally formed in 2002, is having its first three albums re-published by the record giant, thus making them widely available worldwide.

For those like me who come across this band’s name for the first time, it is interesting to place this music in its original context and to consider the fact that the band has released a number of subsequent albums. This is what stopped me in my tracks a few times when I was planning to criticise them: for being stuck in the 80’s-90’s, for not making this a particularly interesting release and getting you to lose interest after a few tracks… yet, this album is actually very close to the music created a couple of decades ago for a very valid reason: its age.

Loud Minority is an energetic piece of work, a classical example of the rock music of the 80’s. It starts explosively, building up your expectations, with blast of guitars and rhythm same as the best of the best: think Kiss, Kiss, Ratt, Warrant, Damn Yankees, Alice Cooper, and the likes. This sounds no worse than any of these classical names and puts Crazy Lixx on a well deserved pedestal in the history of Swedish rock.

The album is abundant of raw yet tamed melodic rock power, speedy shredding guitar solos, explosive melodies, energetic background choruses. This is the kind of music that boosts your mood, gets you nodding and dancing (whether for real, or in your head). It is difficult to single out any tracks, as they are all equally representative of the whole album which is a particularly accomplished piece of work. It does include the compulsory for the genre power ballad (‘The Gamble’), as well as seven bonus tracks.

What has to be said, even with the historical perspective in mind, is that this is a fairly long album – a bit too long, as far as I am concerned. After a few songs, I found it hard to keep focused, and at times this seemed like a never ending marathon of fast, tastefully polished, perfectly written and performed, track. Sometimes, too much of the good stuff is not necessarily that good. Still, each to their own: for those who enjoy this type of classical rock, Loud Minority will be a particularly tasty treat. Enjoy it as you would have 11 years ago! 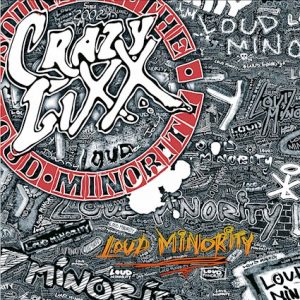