Through sheer determination and an almost Nietzschean Will To Power, Canadian hardcore heroes Counterparts have gone from cult underground band to global heavyweights. Over the course of 15 years, they’ve left a tantalising trail of vinyl, with each album building upon new ground forged. However, you feel that the band’s history has all been leading up to this moment, and their seventh full-length, A Eulogy For Those Still Here.

A discordant introduction is ‘7:26:20’, and it’s one that leaves us totally unprepared for the sucker punch that is opener ‘Whispers Of Your Dead’. Arriving like a left hook from Anthony Joshua, it’s a raw blast of hardcore fury that leaves the listener windswept in its wake. It’s heartening that time hasn’t diluted the band’s rage, and if anything, their sound is even more cutting, by dint of being delivered by older and wiser heads. Those unorthodox time changes and sonic shifts are still very much in evidence, but now those insane breakdowns are held back until the optimum moment, then unleashed like rabid hounds and, like a wolf pack on the attack, they’re all the more powerful for it.

While A Eulogy For Those Still Here finds Counterparts powering forward, it also sounds as if they’ve come full circle, and that shouldn’t come as a surprise because both Jesse Doreen and Alex Re are back in the fold, two guitarists who helped shape the band’s core sound. Although Alex joined for 2019’s Nothing Left To Love this is the first time the two have played together for almost a decade, and their chemistry is very much in evidence, especially when they deliver some serious staccato riffage on the title-track. However, they understand that sometimes it’s what you don’t play that counts, and the huge white spaces they create only serve to make the crushing sections all the more…crushing.

As Counterparts blast off towards the future, another thing tethering them to the past are Brendan Murphy’s brutally honest lyrics. You get the feeling that music is a kind of therapy for him, and the rage with which spews his words over these 11 tracks suggests that he still hasn’t resolved his issues. The idea of the end as a finality is the theme running through this record, be it the end of a love affair (‘Flesh To Fill Your Wounds’) or the self-explanatory closer ‘A Mass Grave Of Saints’. The combination of heavy music and equally heavy lyrics don’t always make for an easy listen, but it’s always rewarding, and while you might feel battered and bruised at it’s conclusion, you’ll also feel strangely cleansed.

Counterparts last album (2019’s Nothing Left To Love) was the band’s first record to crack the US Billboard 200 (reaching a respectable 97) but A Eulogy For Those Still Here is sure to better that feat. 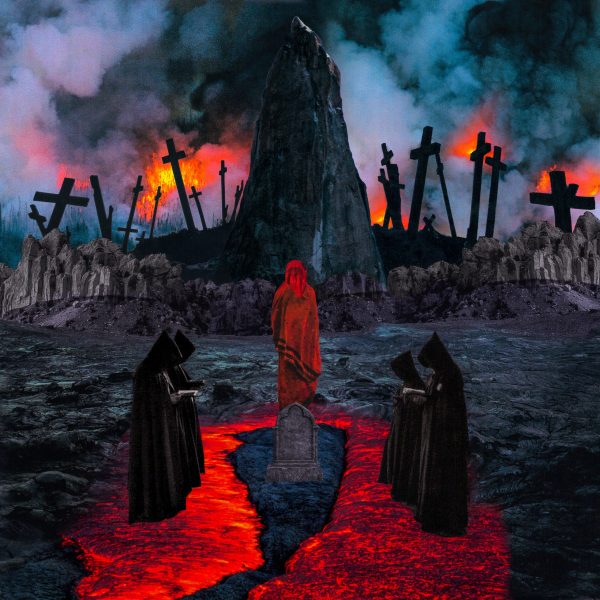